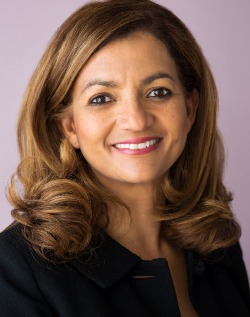 A 70-year-old pump mechanic who developed mesothelioma as a result of his work handling gaskets and other products that contained asbestos has finally obtained justice, thanks to Los Angeles attorney Simona Farrise and her legal team.

Richard Keeney worked for 15 years at a sugar refinery plant in California, where he regularly handled asbestos packing and gaskets, but was never warned by the manufacturer — John Crane, Inc. — of the danger the products posed. Simona and her law firm, Farrise Law Firm, along with another firm, obtained a $5.5 million jury verdict against the manufacturer for Keeney and his male domestic partner. Keeney described Simona as “ferocious” and “relentless” in her fight for his rights, which culminated in a four-week trial.

Getting justice for clients who have been wronged by huge corporations is nothing out of the ordinary for Simona, who to date has won more than $100 million in verdicts for her clients.

The Los Angeles Times recently included her among their “Los Angeles’ Women Leaders in the Law,” an elite list of just 18 female lawyers from Southern California. In a multiple-page spread on Simona and the Farrise Law Firm — founded in Santa Barbara in 2007, the firm now has offices in Los Angeles, San Francisco, Oakland and Illinois — the Times supplement recounted Simona’s entry into asbestos law. She represented her first mesothelioma client in the early 1990s, when the field was dominated by men; she’s since recruited many women and attorneys of color to join her.

At the same time, she has shown concern for the work-life balance that too often drives women lawyers away from their careers. “Many women leave the law when they become parents or spouses,” she says. “So we’ve incorporated technology into our workplace to allow for more flexibility. Women bring a very different kind of commitment to our clients. It’s time we began to launch our own firms to improve our profession — for ourselves and our clients.”

In addition to representing plaintiffs with mesothelioma, the Farrise Law Firm has litigated complex product liability cases involving severe injuries and wrongful deaths, as well as class actions and civil rights cases involving sexual harassment and race/gender discrimination. One recent case that made news was Simona’s representation of two Occupy Oakland protestors who were struck by a driver; despite dozens of witnesses and video evidence that the driver plowed though the crowd of protesters, the driver was not even questioned by the police. Simona has also recently been co-counsel with Equal Rights Advocates in an employment class action on behalf of the 2000-person workforce at the Thunder Valley Casino near Sacramento. The suit alleges sexual harassment, a hostile work environment, and wage and hour violations.

Simona grew up in a working-class neighborhood of Chicago, which she describes as a “blue-collar community that had a great need for lawyers.” She says that she always wanted to be an attorney who represents injured individuals against powerful corporations. Through her own practice — and by supporting ours as a Benefactor Member — she’s certainly realizing that goal.