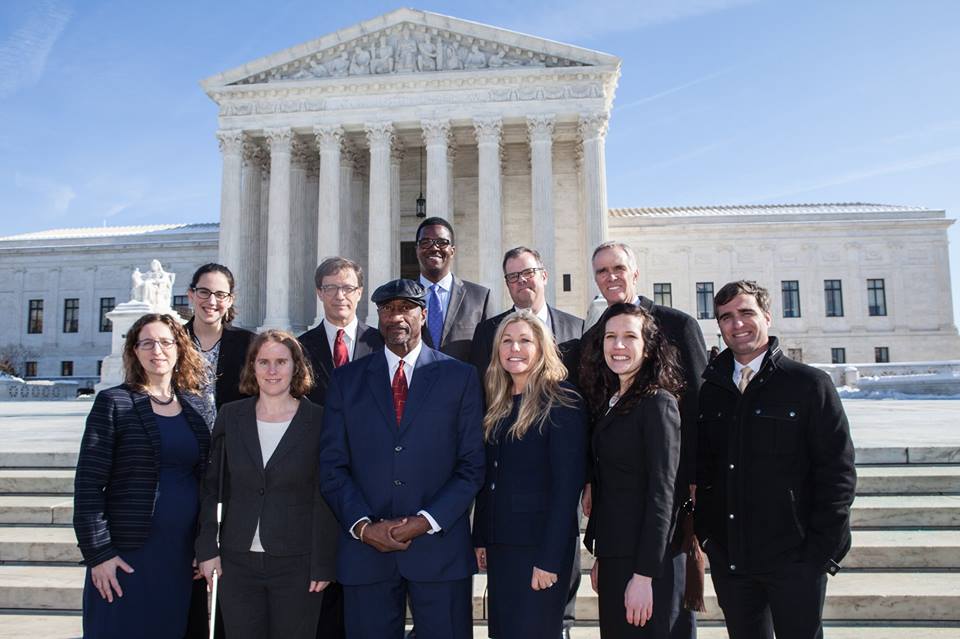 Public Justice is the nationally recognized leader of preserving access to justice and ensuring that everyone has the right to a day in court and a right to a jury trial. At this moment in history, many of those with power – in both the public and private sectors – have few restraints to limit access to justice. To counter these malicious efforts to undermine access to justice, the Justice for All Fund has been created to allow the organization to secure the resources needed to take on corporate America’s lobbying campaign to close the courthouse doors. As we work to preserve access to justice and continue the hard-won progress already achieved, the courts will be more critical than ever.

Throughout our history, Public Justice has won many critical battles, but the fight is far from over. Forced arbitration, class action bans, and federal preemption have made significant advancements. In addition to fighting to keep the courthouse doors open, we also need to fight to open doors that have been recently closed. That’s why your support is so critical.

We take cases against injustice and we win.

Help us take on even more by making a special tax-deductible donation to the Justice for All Fund today.

Breaking Down Barriers to Class Actions

For decades, Public Justice has been on the front lines fighting for consumers, workers, and investors who have been victims of injustice and works to ensure they have their right to a day in court. We are the nation’s only public interest organization that both aggressively prosecutes class actions and has a special project to prevent their abuse. Our Class Action Preservation Project is led by and supported by the nation’s leading trial attorneys who are working together to ensure that every American who has been wronged, cheated, harmed, or discriminated against can rely on the courts for help.

Public Justice is winning significant cases in the fight against forced arbitration. Just in the past 6 months alone, Public Justice argued – and won – a significant case at the U.S. Supreme Court with enormous consequences for the plaintiffs’ bar. We won on a unanimous victory ensuring that transportation workers across the country can have suits brought against their employers heard in court, rather than being forced into arbitration. While this is one of the most significant victories in the fight against forced arbitration, and will have lasting impacts on corporations’ attempts to keep consumers and workers out of court, it is just the beginning.

Public Justice is exposing and preventing excessive secrecy in courts in an effort to hold wrongdoers accountable. As the nation’s leading organization challenging court secrecy and protecting the public’s right to know about corporate wrongdoing and dangerous products, we’ve achieved several significant wins that have unsealed evidence of dangers to public health and safety and helped injury victims and others oppose overbroad protective orders.

Corporate wrongdoers misuse federal preemption to eliminate access to justice. They argue that they can’t be sued because a federal statute, regulation, or action preempts all lawsuits and state laws that can hold them accountable. We’ve been Counsel of Record before the Supreme Court rejecting preemption, and we’re committed to defeating illegitimate – and dangerous – attempts to extend federal preemption.

Public Justice has identified the most critical needs of our time that have powerful legal solutions – but we need your help in order to bring more cases and have an even greater impact. Through creative litigation, public education, and work with the broader public interest community, we work to combat social and economic injustice, protect the Earth’s sustainability, and challenge predatory corporate conduct and government abuses.

All contributions to the Justice for All Fund are tax-deductible to the extent allowed by law. Supporters who give $5,000 or more will be recognized on Public Justice’s website; at our annual Gala; in Public Justice’s newsletter, Justice Briefs; and special mailings to Public Justice members related to the fund.

We invite you to stand with us and ensure equal access to justice is truly Justice for All.

Every gift makes a tremendous difference to our work.
Thank you for your support of Public Justice.