Skip to navigation Skip to content
Taking on Trump: Where We Stand | Public Justice
9717
post-template-default,single,single-post,postid-9717,single-format-standard,tribe-no-js,page-template-public-justice,ajax_updown_fade,page_not_loaded,,select-child-theme-ver-,select-theme-ver-4.6,menu-animation-underline,popup-menu-fade,side_area_over_content,wpb-js-composer js-comp-ver-6.10.0,vc_responsive,elementor-default,elementor-kit-34575

Taking on Trump: Where We Stand

Public Justice / Updates  / Taking on Trump: Where We Stand
August 1, 2018 In Updates

Taking on Trump: Where We Stand 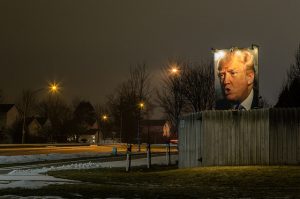 The Trump Administration and lawmakers in Congress are proposing and implementing dangerous policy changes – and installing unqualified cabinet picks – that would roll back progress on consumer protection, civil rights, fighting climate change and access to the courts.  Here’s how Public Justice is responding:

Our country faces critical challenges that will impact our laws, and our families, for decades to come. We know the courts will be a critical part of preserving our progress and advancing our values. When lawmakers work in the public interest, we’ll stand with them. But whenever they prioritize profit over people, corporations over communities or try to roll back our rights, we’ll fight back. Check back here for an updated, ongoing list of actions we’re taking to combat social and economic injustice, protect the Earth’s sustainability, and challenge predatory corporate conduct and government abuses.

Join Us. Help us fight back against attacks on the environment, civil liberties and workers’ and consumers’ rights. Make a special, tax-deductible gift in support of our work.