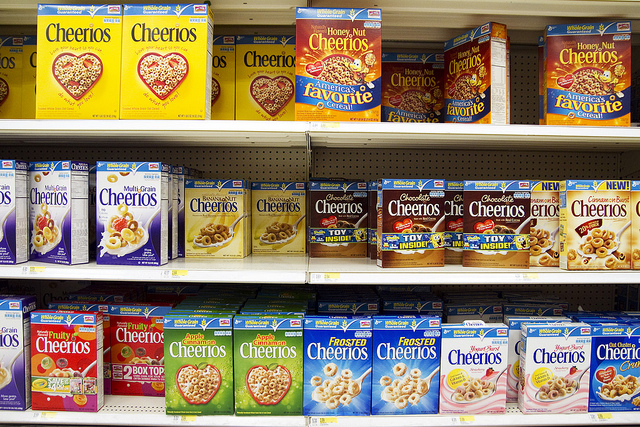 Last week, General Mills was the latest corporation to adopt a forced arbitration clause – language that says that its customers can’t sue it or take it to court if they believe the corporation has cheated or injured them, but instead its customers must go to a private arbitrator picked by a company picked by General Mills. The arbitration would be secretive and not transparent, and it would not be reviewable by the public. And the clause banned class actions, so consumers cheated in the same way couldn’t join together, but would have to go it alone. I’ve often been critical of this kind of process, such as in these comments to the Consumer Financial Protection Bureau.

But something amazing has happened. After a wave of overwhelmingly negative publicity, General Mills has DROPPED ITS ARBITRATION CLAUSE. There’s a bunch of corporate happy talk, but translated into English, the gist of its announcement is “hey, we had adopted the forced arbitration clause to be nice to our consumers, but given that a whole bunch of you got stirred up and upset, we’ve decided to bag it.”

General Mills’ arbitration clause had been unusual, in  several ways. Instead of going into effect when a consumer signs some document or clicks “I agree” to some set of terms and conditions, General Mills took this super aggressive approach to when its consumers would be found to have abandoned their rights. So, among other things, General Mills was asserting that just visiting its website could sometimes constitute “consent” by a consumer to giving up their right to go to court.

But something happened that General Mills’ smug corporate lawyers probably didn’t expect: people started to notice. The New York Times broke a great story walking readers through just how extreme the provision was. Then other press outlets picked up the story, including at least one piece by MSNBC that did a terrific and thoughtful job of showing that General Mills was building upon a series of unfair and increasingly extreme U.S. Supreme Court decisions expanding forced arbitration.

And then an interesting thing happened. After reading and hearing about what was happening, a whole lot of people began to EXPRESS that they were unhappy with General Mills taking away their rights. A boatload of angry customers commented on stories about General Mills’ aggressive strategy. A number of consumers contacted the company. And General Mills BACKED DOWN.

We read a lot of people, some very smart and thoughtful people, who talk about how democracy is dying in America. With the Supreme Court gutting campaign finance laws, a tiny number of very wealthy people can give friendly candidates enormous amounts of money. There are fewer large media outlets, with many controlled by a small number of corporations. Etc., etc., gloom, doom, locusts and famine and rhetoric more depressing than an Elliott Smith song.

But last night, democracy actually WORKED in the U.S., in this one case, in this one way. A big corporation decided to steal the rights of a bunch of its customers.  And consumers got angry, and enough of them got busy and active, that the corporation backed down. That’s a pretty great thing, and I hope to see more of it.

Back during the peak of the Occupy Movement, there were several instances where popular consumer backlash changed corporate behavior. Bank of America tacked a $5 fee on many customers, Verizon decided to charge extra for people who paid on-line, and so many consumers cried out in anger that both of the corporations backed down. But lots of people said “well, consumers might understand when they’re charged $5, but they’ll never understand something as abstract as a forced arbitration clause.” I thought “people are smarter than that.” And yesterday proved me right. A whole lot of Americans did not like the idea that this big corporation was saying it had stripped them of their rights in this backdoor, sneaky fashion, they did something, and the corporation backed down.

Which corporation that steals our rights is next?