Winning the Fight to Protect Citizens from Sewage Sludge 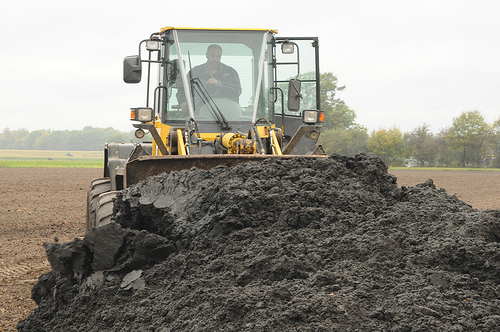 Winning the Fight to Protect Citizens from Sewage Sludge

A Pennsylvania appeals court has revived a nuisance lawsuit by 34 Pennsylvania residents who claim that the spread of 23 million pounds of sewage sludge on a neighboring farm created a repulsive, nauseating stench similar to that of a herd of dead, rotting deer.

A lower court had dismissed the case saying it was barred by Pennsylvania’s Right to Farm Act, which shields farmers from nuisance actions over “normal” farming practices. But the appellate court sent the case back for trial by a jury because it found that there are disputed factual issues as to whether the spreading of sewage sludge in this instance was normal.

The court’s decision is an important legal milestone in Public Justice’s battle to protect citizens from the largely unregulated threat from sewage sludge, or “biosolids,” as it is called by the sludge industry. Sewage sludge is the viscous brown chemical byproduct of this nation’s municipal wastewater treatment systems. It contains bacteria, viruses, pathogens and prescription drugs from domestic human sewage and heavy metals and toxic chemicals from industrial sewage. The U.S. generates over seven million tons of sludge per year, mostly from plants in heavily urbanized areas, and about half of that is dumped on land as fertilizer, often in rural areas.

People breathing the fouled air near these dumping grounds are complaining of terrible odors and health problems. Their symptoms are consistent with a 2007 study that found “an increased risk for certain respiratory, gastrointestinal, and other diseases among residents living near farm fields on which the use of biosolids was permitted.”

Public Justice joined this case because the land application of sewage sludge is an issue of national importance. States and the Environmental Protection Agency have created a huge loophole allowing sludge to be applied close to homes with inadequate safeguards to protect public health. This case is intended to compensate the victims of this dangerous practice and create a financial incentive for corporations and sewage treatment plants to use safer disposal methods.

The 34 Pennsylvania plaintiffs in Gilbert v. Synagro allege that the sludge-related activities interfered with the use and enjoyment of their property. Many of them complained that they experienced sore throats, irritated eyes, skin rashes, nausea and difficulty breathing. One resident had to keep her windows closed for four weeks.  In depositions, Synagro and farm employees admitted that they had no odor management or nuisance control plans. The suits were filed in July 2008 against Synagro Central LLC and Synagro Mid-Atlantic, Inc., which supplied the sludge, and the two owners of the Hilltop Farm, where the sludge was applied. Houston-based Synagro is the nation’s largest sludge hauler.

The appellate court rebuffed a coordinated industry effort  to establish that dumping of sewage sludge on farms should be immune from suit. The residents, who allege tremendous suffering at the hands of Synagro, will now get their day in court, and an opportunity to prove that it is not ‘normal’ for a farm to send odors unlimited in intensity, duration, frequency, or character across and onto neighboring properties.