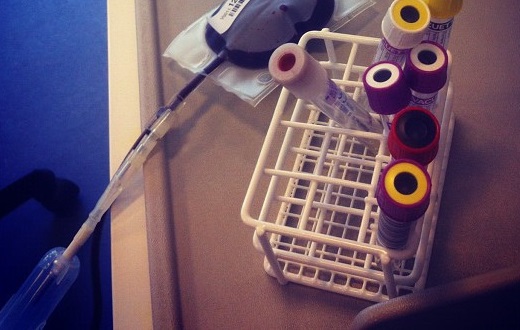 Nowadays, we take for granted that when we receive a blood transfusion or other human blood product, it won’t come with HIV. But that wasn’t always the case. Even after it became known that HIV/AIDS could be transmitted via blood, some blood product manufacturers made devastating errors that caused a lot of harm. Back then, not all human blood products were screened for the virus, and as a result of this oversight, between 6,000 and 10,000 people with hemophilia acquired HIV from blood protein concentrates, products made by extracting clotting proteins from pooled, donated plasma. Later, manufacturers of the concentrates took steps to eliminate HIV from their products.

That’s a lot of tragically injured people against a backdrop of fairly complicated science, science that would be extremely expensive to prove in the courtroom. Fortunately, the victims were able to bind together in a class action, meaning that they could share the costs of proving the science and avoid the embarrassment of coming forward individually at a time when the public was extremely fearful of HIV.

Of course, no amount of money can truly offset the acquisition of HIV. Still, thanks to the class action, an estimated 6,000 victims of the manufacturers’ negligence or their survivors each received $100,000 from the manufacturers.  This class action made a huge difference, shifting a total of about $600 million from negligent parties to people they’d injured. See In re Factor VIII or IX Concentrate Blood Prods. Litig., 159 F.3d 1016 (1998) (describing the class settlement).

And none of that $600 million went to the attorneys who brought the case. The attorneys’ substantial costs from litigating the case as well as their fees were drawn from a separate fund amounting to just six percent of the total money paid out by the manufacturers. This case proves that it’s simply untrue when critics say that class actions aren’t about the class members, but just the lawyers.

And this is a case that was a class action or nothing. It would be impractical, if not impossible, for each of the victims to bring their own suit because of the astronomical costs associated with proving the complex scientific issues involved. Further, it was unlikely that many victims would be willing to come forward because of the significant stigma associated with HIV and AIDS. The class action, then, was the only reasonable route for those who had been infected to get any recompense from the companies that had caused them such harm.