ExxonMobil Tried to Obstruct Depositions to Escape Human Rights Violation Allegations. A Change in the Federal Rules Could Help Others Get Away With It. 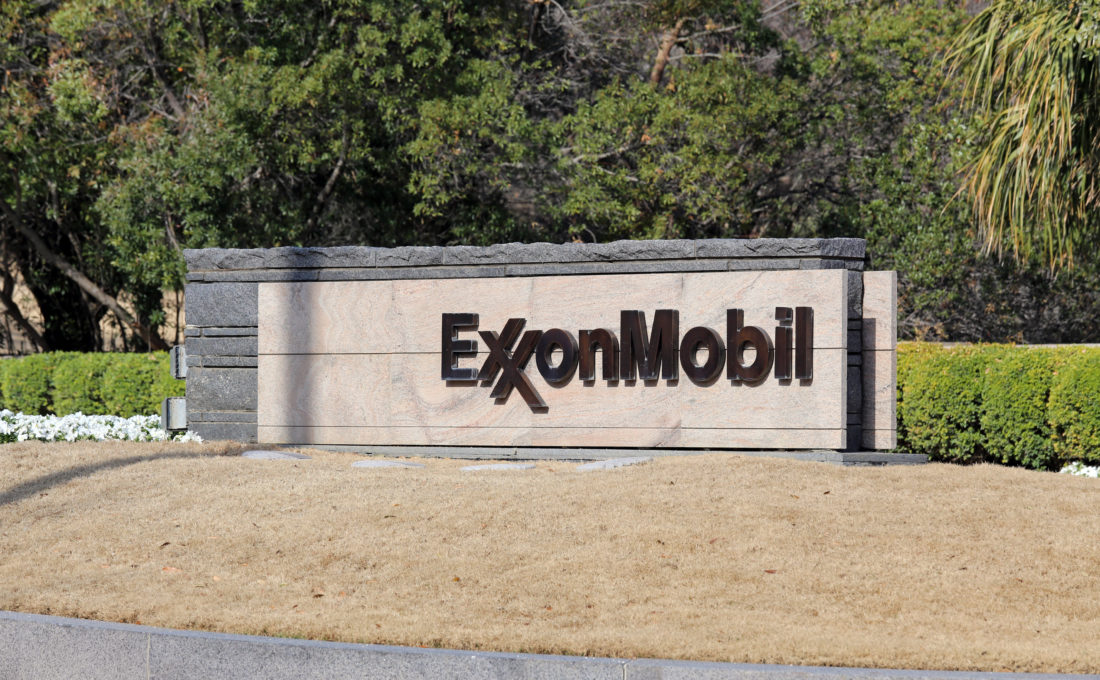 ExxonMobil Tried to Obstruct Depositions to Escape Human Rights Violation Allegations. A Change in the Federal Rules Could Help Others Get Away With It.

Any trial lawyer knows how central the facts are to a case. What did a defendant know about whether a product (or some practice) might injure or harm people, and when did they know it? Whether it’s a billion-dollar antitrust lawsuit or a personal injury suit, determining the facts of the case is essential. And in our civil justice system, injured people can only learn these facts through questioning the key witnesses who know the most important facts, and identifying and reviewing the relevant documents (a process known as discovery).

All lawsuits in the U.S. federal court proceed under the Federal Rules of Civil Procedure, which govern civil proceedings in the U.S. district courts, and are meant to “secure the just, speedy, and inexpensive determination of every action and proceeding.” And of particular interest to most trial lawyers, the Federal Rule of Civil Procedure 30(b)(6) allows for the deposition of a corporation, government agency or other organization, requiring the entity to designate one or more individuals to testify on its behalf. Most significantly, this rule requires the organization to designate someone who is most knowledgeable.  This person most knowledgeable about a topic or topics is often referred to as a “PMK” on a certain topic or subject to serve as the witness. This ensures a corporation produces an employee possessing actual knowledge regarding the line of questions being asked, so that the facts of the case can be determined. Failure to follow this rule can result in appropriate sanctions.

So what if the defendant attempts to ignore this rule? Or more specifically, what if the company designates a representative to answer questions as the rule requires, but instead of answering the questions, the witness provides non-responsive answers that try to conceal rather than reveal the key facts of the case?

As appalling as it sounds, that’s exactly what happened to the legal team representing 11 Indonesian citizens suing Exxon Mobil Corporation for human rights abuses when they asked Exxon to designate a PMK for testimony.

The plaintiffs in the case, Doe, Aceh, Indonesia v. ExxonMobil Corporation, allege that Exxon Mobil Corporation hired soldiers from the Indonesian national army to provide security at the oil and gas corporation’s facilities located in Aceh, Indonesia. . According to the plaintiffs, these soldiers committed “widespread acts of abuse,” against their family members living in the villages nearby, “including murder, torture, sexual violence, and kidnapping,” all while under Exxon’s “ownership and control”.

This ongoing human rights case—spanning more than two decades—was first filed in the U.S. District Court for the District of Columbia in 2001. After two appeals and many years, the plaintiffs are still developing their factual record, even as Exxon has made a variety of efforts to delay the case and obstruct the plaintiffs from discovering key facts.

Last August, the U.S. District Court for the District of Columbia ruled that the plaintiffs may re-depose Exxon’s executives based in Indonesia, regarding their negligence in hiring and supervising the soldiers who they allege committed such heinous crimes. This ruling was the right call, and it arises from the egregious actions by Exxon’s legal counsel during its deposition—actions that are unfortunately part of a larger, more widespread strategy in getting away with corporate misconduct.

When the legal team on behalf of the families sent Exxon a 30(b)(6) deposition request on several topics that would help determine the facts of the case, Exxon did its best to avoid them all. The court required Exxon to produce a witness, or PMK, to answer key questions. Instead, they brought a lawyer in to answer the line of questioning. While recognizing he was under oath, the lawyer read a long, prepared statement that avoided the facts altogether, wasting time and preventing a serious inquiry into the facts. No matter what the plaintiffs’ counsel asked, the witness was ready to respond—not with the answers to the question, but with a pre-written narrative that had all the hallmarks of being crafted by the defense lawyers (rather than any businessperson who’d worked on and had personal knowledge of the facts at issue).

Thankfully, in a recently Unsealed Opinion, the Court recognized Exxon’s attempt at cheating, siding with the plaintiffs’ move for sanctions against Exxon, and showcasing much of the witness’s superfluous and irrelevant prose, describing the witnesses’ testimony as “nonresponsive”, and their motion to remove sanctions as “meritless”.

By pointing out Exxon’s “telling” attempt at circumventing the truth-finding system, the judge’s opinion is a damning testament to the tactics used by lawyers defending corporations, as it sets out in powerful detail the extent to which Exxon went to cover up its actions and avoid questioning, as well as using pre-prepared notes—a direct violation of Rule 30(b)(6):

“Perhaps most egregiously, even when Mr. Pierson asked him simple foundational questions, Mr. Snell did not provide responsive answers to almost one-third of them […] His refusal to answer such basic questions responsively suggests that he consciously intended to delay the deposition.”

While Exxon’s behavior in this case represents an extreme example of this egregious abuse, the judge’s blatant criticism of the company’s attempt to cheat points to how the Federal Rules of Civil Procedure help prevent tactics like these from succeeding. The judge’s opinion in this case shows that the current rules can be effective, and they’re important in ensuring that companies like Exxon don’t get away with murder. A disturbing trend shows that these defense tactics are far too often employed to defend corporations such as Exxon, who apparently doesn’t want the truth about its behavior to surface.

From time to time, there are proposals to amend the Federal Rules of Civil Procedure. Here at Public Justice, we often comment on proposals, or make our own proposals, to try to ensure access to justice for persons harmed by illegal corporate actions. In particular, we have repeatedly opposed, over the years, efforts by corporate advocates to make it harder for individuals to obtain discovery of the facts of corporate wrongdoing. This case helps show why those efforts are right. While corporations like to complain that supposedly the biggest problem with discovery is plaintiffs asking for too much information, we have always pointed to strong evidence that the biggest problem – as in this case – is defendants stonewalling and hiding the ball to prevent the truth from coming out.

The amendment process involves careful review and consideration from the Standing Committee on Federal Rules—a committee consisting of approximately 20 people, including federal judges, trial court judges, appellate judges, some private attorneys and law professors. Requests to amend a rule often come from public interest in a specific issue. Periodically, large corporations will begin to campaign for changes to the rules that would work in their favor. After releasing a statement that it is considering amending the rules, the committee will often solicit public comments from those who are particularly concerned or interested in the rules that are being evaluated. And in recent years, there have been several corporate proposals to sharply limit Rule 30(b)(6) depositions, proposals that we strongly opposed.

Exxon’s actions during the deposition show that the current federal rules of discovery often work well. The real problem is that powerful companies like Exxon that are too often willing to go to extremes and cheat in order to avoid accountability. Having the current rules enable injured people to get the justice they deserve through the discovery of relevant documents and information from a deposition. In many cases, the plaintiffs hold the burden of proof to win their case, and it’s the rules that make this possible.

When corporations have sought to restrict discovery, and make it harder for plaintiffs to learn the truth about such matters as who knew what and when, corporations have usually argued that producing documents is so very expensive that this forces them to settle to avoid incurring further expenses. However, when one probes the basis for such claims, it’s clear that they are simply not true.

Instead, companies are trying to make it much harder for them to get caught and have to admit wrongdoing, by blocking discovery and preventing lawyers from finding out what they did wrong. Limiting discovery is a significant obstruction to justice, and when corporations claim that the plaintiffs are asking for too much information, their true motive lies in saving their own skin.

Public Justice has often testified in front of the Standing Committee regarding corporate proposals to change the federal rules, making it harder for injured people to succeed in the discovery process and prove their case. In our work to achieve justice for all and our fight against corporations’ efforts to get away with wrongdoing, we condemn their attempts in stonewalling and making it harder to get to the facts of a case. In order for the justice system to work, the discovery of information and facts cannot be narrowed. We believe the current Federal Rules are effective and should not be changed in a way that makes it harder to gain information. ExxonMobil failing to get away with behavior designed to cover up possible war crimes is a powerful example of how the current system can work in demanding the truth from wrongdoers, and ensuring that the integrity of our court system prevails.