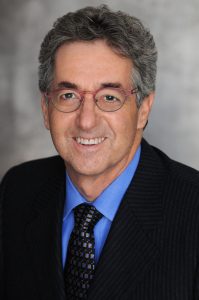 Public Justice is excited to announce that we will be honoring Arthur Bryant with our first-ever Legacy Award for the many years of service as Attorney, Executive Director, and Chairman of Public Justice (originally Trial Lawyers for PublicJustice/TLPJ).

In 1984, Arthur was hired as the sole staff attorney at TLPJ. He eventually became the executive director in 1987. When Arthur took over as Executive Director, there were two staff members–Arthur and a receptionist–and a membership roster withjust25 names on it. The annual budget of the organization was less than $300,000 and due to its size, had very few cases.

By the time Arthur was named Chairman in 2014 on his 30th anniversary, Public Justice had 30 staff (including 15 attorneys), offices on both coasts, over 2,500 members, and a broader range of high-impact, precedent-setting cases than any other public interest organization in the county.

Arthur then became Chairman Emeritus and joined Bailey Glasser in 2019.

Arthur has a long career from starting as an associate for a top-notch Philadelphia law firm handling First Amendment, civil rights, class action, and complex civil litigation. During this time, he brought and tried the case that forced the admission of women to Philadelphia’s previously all-male Central High School.

We are immensely proud to honor Arthur during our 40th Anniversary for a job well done.