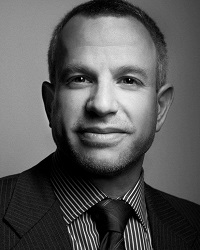 Adam Klein sees the cases he and his firm Outten & Golden take – class actions on behalf of misclassified low-wage workers, African-American and Latino job applicants, and other people harmed in the workplace – as a way to bring about important social change.

“When I was bringing individual actions in the mid-’90s, each individual client represented the experiences of a lot of other people,” Klein said. While he was able to win compensation for some of these workers, he felt driven to bring about wider change within the institutions he sued and their respective fields.

“You look at whole industries where racial minorities are missing. They’re not at the companies; they’re not in the industry –  look at the financial industry, or sales positions. Or, look at the gender division of roles at supermarket chains. What became obvious was there are major problems.”

Earlier this year, Public Justice member Klein secured a settlement that aims to ensure that the U.S. Census – the largest civilian workforce mobilization for the federal government – does not discriminate when hiring temporary workers. In 2010, the Census Bureau asked hundreds of thousands of applicants it believed to have a criminal record to produce documents explaining that record within 30 days.

What’s discriminatory, or even wrong, about that?

First, the particular kind of documentation the Bureau wanted applicants to produce is not easy for the average citizen to find. Klein likened it to “telling you to find three diamond rings in the city of Washington with no additional information.”

Second, not everyone who was informed that they had a criminal record actually had one. While it’s impossible to know exactly how many mistakes exist among the 850,000 letters sent to Census job applicants, Klein said, the Bureau was working with “a problematic data set” that raised the possibility of “false positives.”  Errors included an applicant being associated with a crime for which they were arrested but never charged, or even being associated with an offense committed by someone with the same common name.

This was the ultimately discriminatory effect of what the Bureau did, Klein explained. Black applicants with a criminal record had less than a one percent hiring rate for jobs in the 2010 census.

Now, thanks to Klein’s work, not only will the Census Bureau overhaul its hiring practices, including how it screens for criminal histories, but members of the class will also have the option for advance notification of job openings in the 2020 Census. The settlement also includes a $5 million fund to support people with criminal records in maximizing their employment prospects. That program will be carried out in partnership with the Cornell University’s School of Industrial and Labor Relations.

When asked to name a case of which he’s most proud, Klein cites Ansoumana v. Gristede’s, a class and collective action on behalf of hundreds of West African immigrants who delivered goods for New York City chain pharmacies and groceries, including Duane Reade, A&P, and Gristede’s. Plaintiffs were paid as little as $1.25 an hour, and worked as many as twelve hours a day, seven days a week. Not only did the retailers they delivered for claim not to employ these workers, the stores’ intermediate labor agents claimed not to employ them either, but instead classified them as “independent contractors.”

For many of these workers, challenging this scheme meant risking retaliation by having their immigration status exposed. These economically disadvantaged people “had to sign a contract in a language they didn’t know,” Klein said, in order to get this work.

The Ansoumana case, co-prosecuted with the Attorney General of New York and the non-profit National Employment Law Project (NELP), resulted in a $6.6 million settlement for 1,000 workers. More importantly, to Klein, the settlement brought these workers from independent contractor status to a negotiated wage rate above minimum wage and membership in a union.

Klein works on many cases challenging employer attempts to invoke independent contractor status in order to get around employment laws. The facts of Ansoumana are sadly commonplace, he says, particularly the way immigrant status can be used to hold down individuals with tremendous potential in America.

“Many of these people had advanced degrees in the countries from which they emigrated,” Klein said. “Terribly overqualified people are treated miserably in this work, and that’s a typical experience.”

When asked why litigators like him are more likely to be able to help workers exploited by the growing, so-called “gig economy” than regulators are, Klein notes that the government often doesn’t have the resources, the political will, or an enforcement mechanism to do so.

“I describe myself as ‘boots on the ground,’” he said. “I’m the enforcement side of the equation.”