Appellate Court Confirms: You Can’t Send Disputes Against a Predatory Lender to an Arbitrator Who Doesn’t Exist

Public Justice / Blog  / Appellate Court Confirms: You Can’t Send Disputes Against a Predatory Lender to an Arbitrator Who Doesn’t Exist 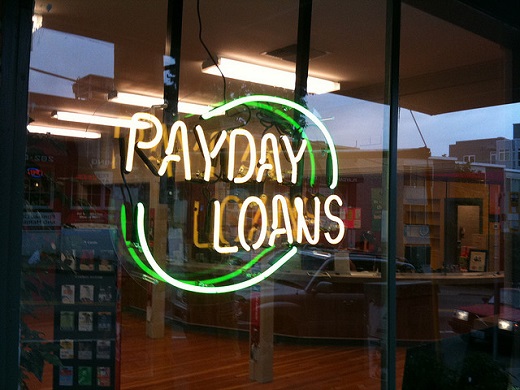 Appellate Court Confirms: You Can’t Send Disputes Against a Predatory Lender to an Arbitrator Who Doesn’t Exist

Today, in Parnell v. CashCall, Inc., the Eleventh Circuit federal court of appeals affirmed what should be obvious: An arbitration agreement that purports to require that the arbitration be conducted by an arbitrator who does not exist can’t be enforced, and any disputes must be heard in court. This is terrible news for the predatory lenders attempting to use this tactic to break the law and get away with it.

After completing his military service, Joshua Parnell was in need of some immediate cash in order to set up his new civilian life. Like many other cash-strapped Americans, after seeing a television advertisement, he turned to an online consumer lender, Western Sky, that would deposit the money into his bank account almost immediately after he filled out the application. The kicker? The loan came with an appalling interest rate of 233%–an interest rate exponentially higher than the 10% cap set by law in Mr. Parnell’s home state of Georgia. Mr. Parnell isn’t alone. Western Sky—and other predatory lenders using the same model—have made millions of illegal loans to American consumers at astronomical interest rates, at 140%, 233%, 343%, and up from there.

How do these lenders expect to get away with it? By attempting to hijack American Indian and arbitration law in a way that prevents challenges to the loans from being heard. Western Sky, the entity that nominally lent Mr. Parnell the money, is technically owned by a member of the Cheyenne River Sioux Tribe of South Dakota. As such, the loan agreement purports to be exempt from all federal and state law, subject only to the law of the Tribe. As it turns out, perhaps unsurprisingly, Western Sky is a just a front. The real lender and profit-maker is CashCall, owned by a non-Indian with a penchant for spending his ill-gotten gains on race horses.

Not only does the loan claim to be exempt from all federal and state law, but all disputes must be heard in arbitration conducted by an authorized representative of the Tribe. The problem there? There are no authorized representatives of the Tribe that conduct arbitration. In other words, the agreement says that arbitration must be conducted by an arbitrator who doesn’t exist. That makes it a bit hard to arbitrate under the terms of the agreement.

Not surprisingly, when Mr. Parnell sought to bring a class-action suit on behalf of Georgia borrowers stuck with the same illegal interest rates, CashCall immediately sought to arbitrate the dispute. Seeking to distance itself from the terms of the scammy Western Sky agreement, CashCall argued that, contrary to the plain language of the agreement, the terms permitted AAA and JAMS, reputable arbitration outfits, to arbitrate any disputes. That argument had persuaded a number of federal district courts, who agreed to send the lawless disputes to AAA or JAMS for resolution—and AAA and JAMS had accepted the cases.

Today, the Eleventh Circuit decided differently, and Mr. Parnell’s claims will be heard in federal court. The agreement’s requirement that disputes be heard by a non-existent arbitrator was, in fact, a requirement that could not be later ignored—even if AAA and JAMS decided to accept the arbitrations. And because the arbitration agreement would have required arbitration at the bottom of black hole, it was not enforceable.

Yup, it’s a bad day for predatory lenders using the veneer of tribal arbitration to try to avoid being held accountable to the law.

Our briefs are here and here.