Their Call Cannot be Completed as Dialed: 9th Circuit Cracks Down on Robocalls 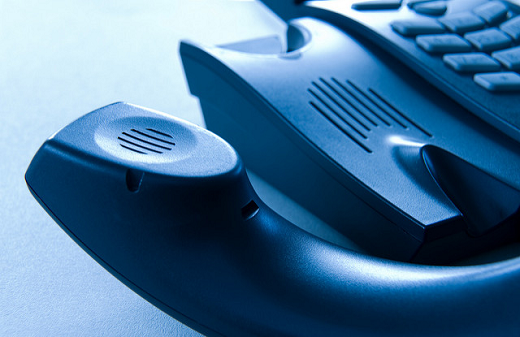 Their Call Cannot be Completed as Dialed: 9th Circuit Cracks Down on Robocalls

The Ninth Circuit just made life much harder for debt collectors who break the law, and for all corporations that think they can get away with breaking the law as long as they stop once they’re sued.

The case is Romero v. Department Stores National Bank. And we represented the plaintiff, Elisa Romero. For months, Elisa received relentless robocalls—literally hundreds of them—from the banks that issue Macy’s credit cards, even though she repeatedly told them to stop calling her. It’s illegal for debt collectors to repeatedly call someone against their will. Both California law and federal law forbid it. But the banks argued they should be able to get away with it anyway. Thankfully, the Ninth Circuit wasn’t having any of it. The court rejected every single one of the banks’ arguments.

But the Ninth Circuit refused to play along. California’s fair debt collection law allows debt collectors to escape liability if they “cure” their violations within a certain period of time. But, the Ninth Circuit held, debt collectors don’t “cure” a violation simply by not doing it any more once they’ve been sued. They have to undo any harm they caused by violating the law in the first place. And if the harm can’t be undone—it’s difficult, for example, to un-punch someone in the face or, as in the case before the court, to un-call them hundreds of times—then the violation can’t be cured. And the company can’t escape liability for breaking the law. This interpretation makes good sense. The point of the fair debt collection law is to ensure fair debt collection. If companies were never held accountable for violating it, the law would be useless.

Second, the Ninth Circuit’s decision struck a blow for privacy rights, holding that calling someone’s cell phone hundreds of times against their will can constitute an invasion of privacy. The court refused the banks’ invitation to rule that invasion of privacy is limited to the home. And it rejected the banks’ argument that debt collectors have some sort of privilege that would allow them to invade your privacy, when others cannot. Finally, the decision is a victory for consumers on standing—the legal doctrine about when someone can sue for a violation of their statutory rights. The banks tried to get the court to make it harder—and, in cases like this one, virtually impossible—for consumers to show they’d been harmed sufficiently to bring a lawsuit. And the Ninth Circuit, again, rejected the banks’ efforts.

This is bad news for predatory debt collectors. But a great victory for the rest of us!

Here’s the decision. And here are our briefs in the case. Our wonderful co-counsel in the case were Ron Wilcox of Wilcox Law Firm, P.C.; Andre Verdun of Crowley Law Group; and Ivan Lopez Ventura of Ivan M. Lopez Ventura, Esq.