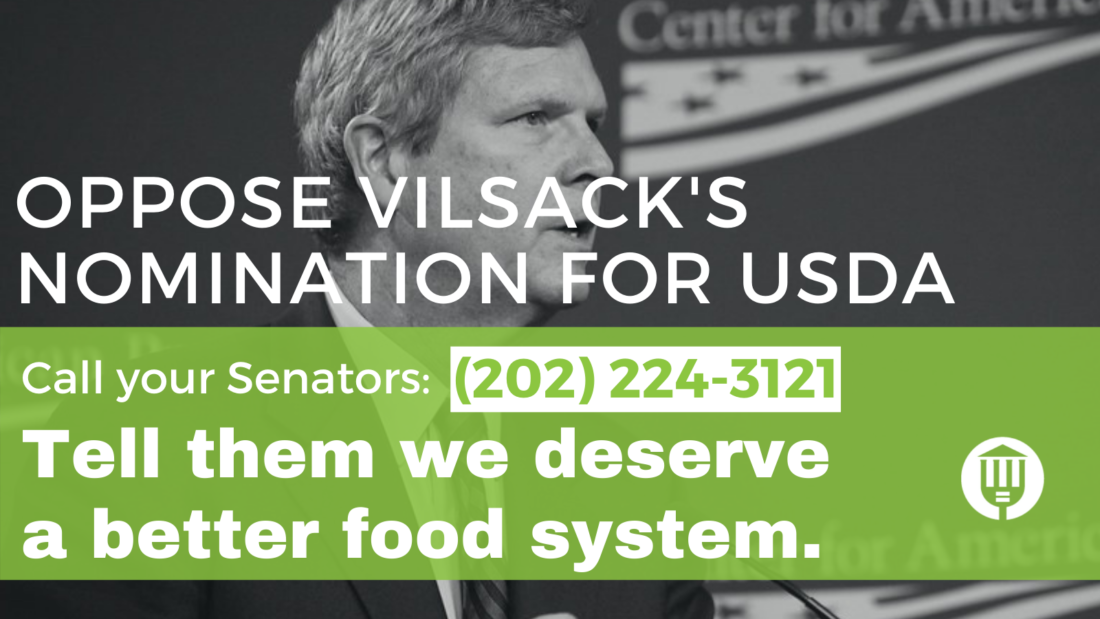 The Department of Agriculture has a long and painful history of racist policies that have made it impossible for Black farmers and other farmers of color to thrive. This is compounded by the fact that the federal Department of Agriculture has largely become an arm of industrial agriculture companies. These corporations have used their influence to make our country’s agricultural system less fair to independent farmers and less sustainable for our environment. The result has been unchecked and irresponsible promotion of the factory farm industry and corporate handouts that disadvantage smaller farmers and harm the public.

These problems worsened under Secretary Tom Vilsack’s previous tenure leading the Department and they have significantly, and dangerously, escalated during the Trump Administration. The result has been a devastating impact on family-run and independent farms, as well as sustainable agriculture practices, especially in rural America. Black, indigenous, and other farmers of color have been hit especially hard by USDA’s direction, compounding the effects of decades of discrimination and racism. Rural America has suffered immeasurable harm as a result of the federal government prioritizing the wishes of industrial agriculture ahead of the needs of thriving rural communities.

President-Elect Biden’s Administration offers a unique opportunity to reverse this troubling course and return the agency to its core mission of protecting American farmers, rural areas, and consumers. Given Secretary Vilsack’s prior record of furthering discrimination by routinely denying loans to Black framers and foreclosing on Black framers with pending discrimination complaints, we are troubled by the President-Elect’s decision to nominate him once again to lead the Department, and we believe an honest assessment of Secretary Vilsack’s record will show he is not the right person to take on the incoming Administration’s commitment to both ending systemic racism and putting independent family farmers and sustainable agriculture ahead of corporate interests.

That’s why we’re asking Senators to oppose Secretary Tom Vilsack’s nomination for Secretary of Agriculture—and why you should, too.

While we stand ready and willing to work with whomever the Senate confirms as the next Secretary of Agriculture, we believe there are better options to lead the Department into the future than Secretary Vilsack, and we think our country would be best served by a leader who has demonstrated a strong commitment to racial justice and prioritizing family farmers’ livelihoods over industry interests.

The next Secretary must pledge to end the scourge of factory farm pollution, dismantle systemic racism, and give small farmers a fair opportunity to compete, and succeed, against industrial operations that seek to shut them down while often destroying their communities.

Independent family farmers are the heart, and the backbone, of America’s agricultural system, and these farmers not only need, but deserve, a champion in Washington who will prioritize their needs.

Help us call on Senators to oppose Vilsack in the confirmation process and insist that any nominee chosen to lead the Department of Agriculture articulate a clear plan and commitment to farmers of colors, independent family farms, agricultural workers, and the rural communities they have helped to build and sustain for generations. Ask Senators to insist on a nominee with a plan committed to:

Call the Capitol switchboard at (202) 224-3121 and ask to be connected to your lawmakers, or find your Senators online and reach out by email.