States and municipalities are increasingly relying on fines and fees imposed on defendants by criminal courts to fund their court systems and other government operations. Rather than relying on taxes, state and local governments have opted to extract wealth from their poorest and most vulnerable citizens in the form of “criminal legal debt”—financial sanctions imposed as part of the criminal legal system.

These types of penalties are inherently regressive—that is, they have a greater impact on those who are poorer as compared to those who are richer. And such a financial sanction would be difficult for many Americans to bear. A 2020 report issued by the Federal Reserve found that nearly 40 percent of adults would be unable to immediately cover an unexpected $400 expense. 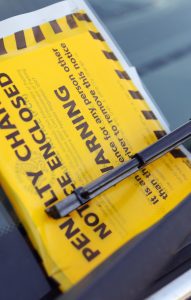 Public Justice and others challenging the criminalization of poverty have long been focused on constitutional claims designed to halt the jailing of indigent people, relying on the Supreme Court’s decision in Bearden v. Georgia, which held that the government may not fine a person and then “imprison a person solely because he lacked the resources to pay it.”

But debt imposed through the criminal process can have devastating consequences beyond jail. The inability to pay fines can also lead to suspension of a driver’s license, the loss of public benefits, and the deprivation of important civil rights. Individuals who face fines and fees may even forgo basic needs, miss bills, or borrow at high interest rates in ways that will impact future financial stability.

The Bill of Rights contains an express protection against these types of government practices: The Eighth Amendment to the U.S. Constitution protects against “excessive fines imposed,” a constitutional protection commonly referred to as the Excessive Fines Clause. Unfortunately, however, the Excessive Fines Clause’s protections are rarely invoked. The U.S. Supreme Court has addressed whether a fine is “excessive” only once, and few lower courts have addressed how the Excessive Fines Clause might apply to the fines and fees discussed above. Many fines and fees are imposed in situations when a person does not have a right to counsel under the Sixth Amendment. Even when legal counsel is available, the cumulative effect of many fines and fees becomes “excessive” many months after the financial penalties have been imposed, after a public defender is no longer in the picture.

What Public Justice is Doing

Here are a few of our cases:

We are actively seeking opportunities to raise these and other arguments regarding the Excessive Fines Clause. If you have an idea for a potential case or are interested in partnering with us on this work, please email us at dpp@publicjustice.net.