Launched in 2018, Public Justice’s Debtors’ Prison Project uses strategic litigation to combat the criminalization of poverty by challenging the incentives governments have to balance their budgets on the backs of indigent criminal defendants and targeting corporate actors that profit by trapping defendants in a cycle of poverty. Our goals are to win compensation for victims; deter future abuses; and establish legal precedents to guard against the exploitation and incarceration of indigent defendants.

No one should lose their freedom because they lack the means to pay a fine. But while old-school debtors’ prisons were outlawed in the U.S. long ago, indigent criminal defendants still face the threat of jail when they can’t pay. Local governments increasingly use traffic tickets and fines to fund their operations. Police target the neighborhoods with the least power and ticket Black and Latinx communities at higher rates than whites. Many people are fined for infractions ­­linked directly to poverty or even homelessness, such as driving with expired tags or sleeping outdoors. These disparities are exacerbated by predatory for-profit corporations hired to supervise people on probation, collect past-due criminal debt, and electronically monitor pretrial detainees. The companies tack on their own fees, trapping people in a spiral of debt and forcing them to choose between paying for life’s necessities and paying the fines. The result? A two-tiered justice system that punishes people simply because they are poor.

A 2017 report from the U.S. Commission on Civil Rights entitled Targeted Fines and Fees Against Communities of Color noted that “[s]ince 2010, forty-seven states have increased civil and criminal fees,” generating revenue by creatively adding “fines and fees for low-level, quasi-criminal ordinance violations, misdemeanors, or civil infractions,” some unrelated to the courts. Additionally, many municipalities tagged on surcharges, court administrative fees, user fees, late fees, payment plan fees – and, of course, interest. The Commission reported these were “aptly referred to as ‘poverty penalties’” that might originally appear small but could develop into debt amounting to hundreds or thousands of dollars.

The Debtor’s Prison Project aims to do away with the incentives municipal governments have to balance their budgets on the backs of indigent criminal defendants, and it aggressively targets corporate actors that profit by trapping these indigent defendants in a cycle of poverty.

We believe that to deter unlawful conduct, we must use the courts to force companies and local governments to financially compensate those whose rights they have violated. We therefore focus not only enjoining unlawful practices, but also on winning damages for our clients.

We’ve won a landmark victory against a probation company and the City of Montgomery on behalf of probationers forced to “sit out” their fines in jail if they could not buy their freedom. We filed a first-of-its-kind consumer protection lawsuit against a debt collector that threatens defendants with jail if they fail to reimburse the state for the cost of their appointed counsel. We’ve launched a new strategic initiative to marshal the Eighth Amendment’s Excessive Fines Clause to challenge the exorbitant fines imposed on indigent defendants.

And we’re just getting started.

The Debtors’ Prison Project also serves as a coalition partner with other civil rights and justice-seeking organizations fighting against systemic racism and institutionalized oppression.

To ensure that our present and future clients recover to the fullest extent possible under the law, we are developing innovative legal theories, recruiting some of the nation’s top trial and class action lawyers to partner with us on large cases, and collaborating with other non-profit and public interest allies. In addition to other impact litigation groups, our allies include: poverty advocacy organizations, civil rights groups, public defenders and other criminal defense attorneys, legal services providers, law school professors and clinics, and community organizations.

The Debtors’ Prison Project is now developing or seeking to develop cases in the following areas:

If you have a case you would like us to consider, please email dpp@publicjustice.net or click the button below.

Learn more about the Debtors’ Prison Project team of attorneys: 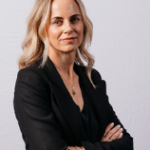 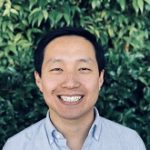