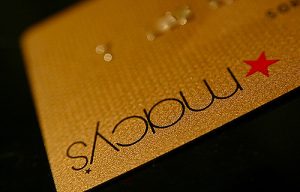 Lots of important rights exist only because at some point, Congress passed a law saying they do. For example, there’s nothing in the Constitution that prevents real estate agents from refusing to show a home to someone because of their race. The right not to suffer housing discrimination exists because Congress passed the Fair Housing Act. The right to be free from employment discrimination exists because Congress passed the Civil Rights Act of 1964. The right not to be harassed by a debt collector, the right to see what credit reporting agencies are saying about you, the right to be free from telemarketing calls at all hours of the day and night—all these are rights granted by statute.

These statutes, of course, are only effective if they can be enforced in court. Having a theoretical right to be free from abusive debt collection doesn’t mean much if you can’t actually sue a debt collector who harasses you.

So, for years, corporations have been trying to make it harder to get into court—and, for years, the Supreme Court has been more than happy to help them. (Hi arbitration law!)

Last year, though, in a case called Spokeo v. Robins, the corporate winning streak came to an end. It has long been the law that plaintiffs only have what’s called “standing” to bring a case in federal court if they have been injured in some way. But the injuries caused by the violation of statutory rights are often difficult to prove or hard to measure. How does one measure, for example, the harm caused when a credit reporting agency publishes false information about you on the internet? How would you quantify the injury from a real estate agent’s failure to show you a particular home? Recognizing that an injury is no less harmful simply because it’s hard to measure, the Supreme Court has consistently allowed plaintiffs to bring claims for the violation of their statutory rights, even when their injuries are intangible. Spokeo, corporations hoped, was their chance to get the Supreme Court to change this rule.

But the Court refused. Instead of vitiating consumers’ ability to bring statutory claims, as corporations hoped, the Court merely reaffirmed its prior case law, holding that tangible and intangible injuries alike may support standing. This was an important victory for consumers (whom we supported in this fight).

In the wake of Spokeo, corporations have fought to get lower courts to ignore what the opinion actually said, and instead interpret the decision as if it held what corporations hoped it would. So far, most courts have rebuffed their efforts. But a few have gone dramatically astray.

In a case called Romero v. Department Stores National Bank, for example, a consumer received literally hundreds of robocalls from the banks that issue Macy’s-branded credit cards, despite the fact that she repeatedly told them to stop calling her. The consumer sued the banks for violating the Telephone Consumer Protection Act—a statute that prohibits unwanted robocalls to cell phones. But the trial court held that the consumer lacked standing to bring her lawsuit. To have standing to bring a claim under the Telephone Consumer Protection Act, the court held, a plaintiff has to show not only that each and every robocall she received injured her, but also that the injury was caused not by the call itself, but specifically by the use of a computer to make that call. The judge made pretty clear that no consumer could ever meet this test. If this opinion were widely adopted, it would pretty much be the end of the Telephone Consumer Protection Act—and, more generally, its approach to standing would gut all sorts of other crucial worker and consumer protection statutes as well.

We believe that the district court decision here misreads Spokeo. And in just the few months since the decision was issued, it has already been explicitly rejected by several other courts. But it’s being widely cited by corporations who have been caught violating the law. And, if it catches on, it could threaten once again to shut the courthouse doors to numerous important statutory claims. We strongly believe, therefore, that it’s important that the decision be overturned.

For that reason, we are excited to be representing the plaintiff on appeal to the Ninth Circuit—along with Ron Wilcox of Wilcox Law Firm, Andre Verdun of Crowley Law Group, and Ivan Lopez Ventura of Ivan Lopez Ventura, Esq.  Here’s our opening brief, filed last week. The brief explains in detail why the trial court was wrong. It demonstrates that the Supreme Court did not adopt—and, in fact, has explicitly rejected—the extreme view taken by the lower court in this case.

Corporations should not be able to get away with violating consumers’ rights, simply because the harm they cause is hard to quantify. The Supreme Court agreed in Spokeo. We hope the Ninth Circuit will follow suit.