GOP to Trans Youth: We Know You Better Than You Know Yourselves 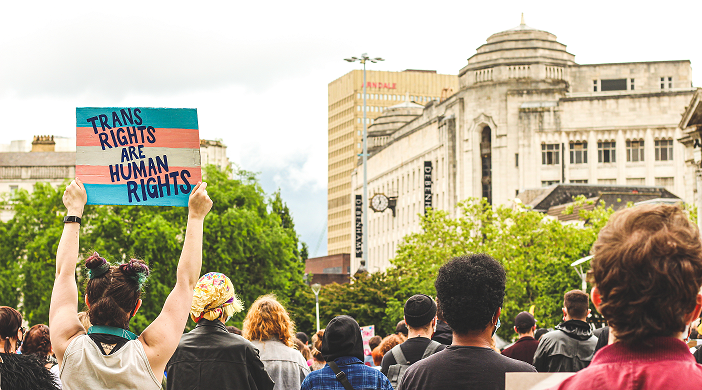 GOP to Trans Youth: We Know You Better Than You Know Yourselves

This story was originally posted by The Advocate.

Today’s pending anti-trans bills are uncanny. Sinister, in the meme’s shadow, they demand young people prove their identity with unavailable proof. Arizona, Arkansas, Florida, Iowa, Kansas, Maine, Minnesota, Ohio, Rhode Island, and West Virginia would force “suspect” girls to undergo genital and hormonal examinations in order to play on girls’ sports teams, barring trans girls from athletics. To trans and nonbinary young people the message is clear: You’re not who you say who are. We don’t believe you. Other bills have gone further. Arkansas passed a law telling young people, You can’t affirm your identity even to yourself. Arkansas’s law blocks trans and nonbinary young people from lifesaving care by prohibiting doctors from prescribing hormones and puberty blockers to stave off dysphoria. Texas is trying to go further still. It would punish adults for supporting a young person who dares to assert their powerful self-knowledge. Last week Texas held hearings on its bill that classifies affirming a transgender child as “child abuse.” If it passes, it will allow the state to cleave transgender children from supportive parents and loving homes.

These cruel efforts share a source. A coalition of conservative policy hubs drafted ready-made bills as part of a national strategy to keep the so-called “culture wars” alive. In a twisted bit of irony, trans people give conservatives something to believe in. The twist, of course, is that conservatives don’t believe in trans people. The joke’s on the lawmakers in the end, since denying reality won’t change it. The Earth orbits the sun; our climate is changing; trans people will persevere. But official denial will cause grievous harm.

At Public Justice, we are intimately familiar with what happens when institutions disbelieve young people. It’s the standard response school districts give student-survivors of sexual harassment and violence, whom we represent. School boards and elected officials are charged with protecting young people and helping them thrive. When these institutions instead doubt them and punish them for things they could not control, young people suffer. Survivors of sexual assault often experience this as a second trauma, an institutional betrayal that refracts the initial betrayal of assault. What’s more, institutional rejection emboldens assailants, fueling further harassment. Harm compounds harm. Our clients have experienced depression, anxiety, self-harm, diminished academic engagement and performance, and suicide.

Although directed at a particular subset of young people, institutional rejection harms everyone. It sends the message that young people are not reliable narrators of their own lives. We believe they are. Or at least, they are as reliable as any of us can be about ourselves. All young people — trans, cis, nonbinary, queer, survivor — have an equal claim to their own self-knowledge. We believe them. We support them. We will continue to fight for them.