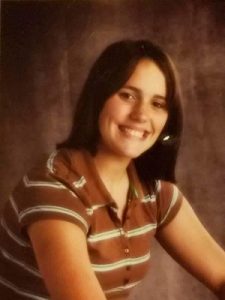 In 2008, 15-year-old Jessica was twice raped by her pastor at Sunbury Grace Brethren Church in Ohio. Unbeknownst to Jessica, the pastor had twice engaged in sexually predatory conduct with two other teenage girls at the pastor’s former church. Despite knowledge of those incidents, dating back to the early 1990s, Delaware Grace played a key role in the pastor becoming the head pastor at Sunbury Grace. Realizing that Delaware Grace had supported her pastor despite his history of sexually predatory conduct towards teenage girls, Jessica filed a civil suit against Delaware Grace Brethren for failing to act on that knowledge.

A jury awarded Jessica more than $3.6 million, but under an Ohio law passed in 2005 Jessica was only able to collect a small fraction of the total the jury said she was entitled to. A Slate article, available here, highlighted Jessica’s case, along with other cases in which sexual assault survivors did not receive the compensation they deserved. Ohio is one of a small number of states, including Alaska, Colorado, Kansas, Maryland, Mississippi, and Tennessee that impose caps in personal injury cases on “non-economic damages” also known as “pain and suffering.”  However, Ohio’s law is particularly extreme because it provides “tort reform” for the country’s most vile criminals, including those who rape children. Notwithstanding the publicity surrounding Jessica’s case, however, bills introduced in the Ohio legislature to change the law have thus far gone nowhere.

The purpose of the Illuminating Injustice award is to highlight one of the many clients our supporters have represented who suffered a catastrophic injury and for certain legal reasons were unable to get the just compensation they were entitled to. The award aims to raise awareness of situations like Jessica’s and help with additional monetary relief.

Public Justice is proud to present this year’s Illuminating Injustice Award to Jessica for her work to educate the public about the harm caused by laws like Ohio’s. To read more about Jessica’s story – and to send a gift of support – visit our GoFundMe campaign online here.