How One Consumer Beat Back the Zombie Debt Horde 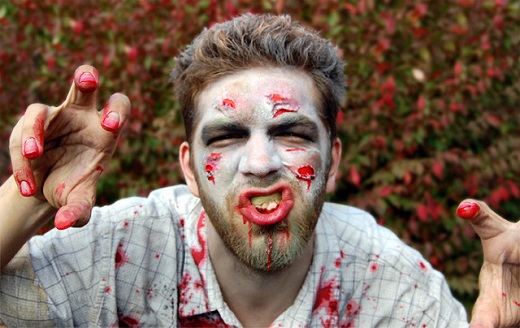 How One Consumer Beat Back the Zombie Debt Horde

Last year, I blogged about how the zombie debt industry preys on consumers by buying up old debts from hospitals and credit card companies for pennies on the dollar, with very little information about whether those debts are legitimately owed. The debt buyers then file thousands of lawsuits every year to try to collect the full amount of the debt, debt so old that the people being sued thought it was dead, which is why it’s called zombie debt.

When Midland Funding, one of the nation’s largest debt buyers, sued Roberta Bordeaux in 2014 over a $1000 debt for Dell computer equipment she bought between 2005 and 2009, she did something that very few people caught up in the zombie debt system do: she hired a lawyer. (Midland sued 49 other people in Bergen County over old debts on the same day it sued Ms. Bordeaux, which is a pretty typical day for Midland in New Jersey; court records show that none of the other 49 people sued by Midland had lawyers representing them, and almost all of their cases ended in default judgments in Midland’s favor.) Ms. Bordeaux’s lawyer did something equally rare in these situations: he went on the offensive, filing a countersuit against Midland Funding for violating the federal Fair Debt Collection Practices Act by trying to collect on a debt that was too old to be legally pursued.

When I last reported on this story, I noted that despite all the lawsuits Midland files, it did not like litigating against someone who fought back in court, so it had moved to have Ms. Bordeaux’s countersuit forced into arbitration. A trial court granted Midland’s motion, and Public Justice assisted Ms. Bordeaux’s lawyer, Yongmoon Kim, to appeal that ruling.

Last month, the New Jersey Appellate Division weighed in with its best Rick Grimes impression, putting Midland and all of the other zombie debt companies on notice that they cannot force consumers into arbitration without proving that they have a right to do so. Specifically, the appeals court pointed out that Midland only offered two pieces of evidence to support its claim that Ms. Bordeaux’s countersuit belonged in arbitration: 1) a two-page, nearly illegible excerpt of a longer credit agreement with Dell that was undated, unsigned and did not mention Ms. Bordeaux by name; and 2) the cursory certification of a “legal specialist” saying that the excerpt was from Ms. Bordeaux’s account, but without explaining how the specialist knew this to be true. After describing this (lack of) evidence, the appeals court concluded that, “the record we have described demonstrates [Midland Funding’s] failure to meet its burden of proving that [Ms. Bordeaux] agreed to arbitrate.”

The appeals court also criticized the trial judge in the case, who was so dismissive of Ms. Bordeaux’s arguments that the hearing on the arbitration motion lasted only one minute, with the judge interrupting Ms. Bordeaux’s lawyer multiple times. The appeals court noted this disrespectful treatment in its opinion and cautioned the trial judge to “engage counsel with more patience” in the future.

This decision should be a clear signal that simply showing up and demanding arbitration is not enough—a contract is required, and the burden is, in fact, on the party seeking arbitration to prove it. We hope that it alerts the trial courts (and lawyers) of New Jersey and elsewhere that parties seeking to arbitrate have to do their homework and actually prove their case.