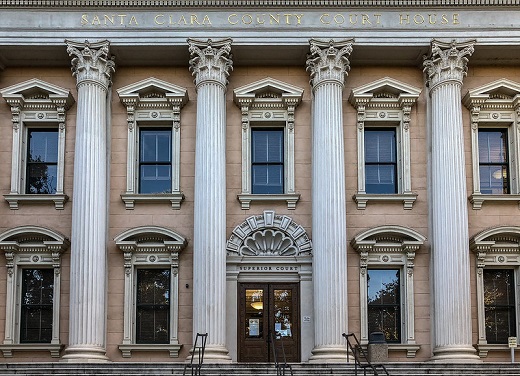 As courthouses physically close for everyone’s safety during the Covid-19 pandemic, public access to all legal proceedings – a right under the U.S. Constitution and many state constitutions – is being sacrificed.

California’s Santa Clara County Superior Court is among the courts that acted quickly via court order to close its physical courtrooms, making provisions for some limited legal proceedings to continue, but that failed to factor in the public’s right to access those proceedings that are ongoing. This, despite the fact that simple technological accommodations are being made by many other state and federal courts.

Public Justice joined the First Amendment Coalition and the American Civil Liberties Union of Northern California today in expressing our concern that court proceedings in Santa Clara Court continue to be held in secret, with no provision for public and press access.

Access to justice, and stopping court proceedings and associated records from being unnecessarily shielded from public view, are both issues close to Public Justice’s heart. Public Justice regularly represents journalists and nonprofit advocacy groups seeking to unseal documents in important civil cases that are unnecessarily ordered to remain confidential, especially when the contents of those documents concern possibly life-threatening products still on the market, or detail a possible corporate cover-up of serious wrongdoing. Today’s letter is a continuation of these efforts, noting that the public’s right to access “extends to preliminary hearings in criminal cases, like arraignments and bail hearings—including the types of proceedings that remain ongoing in California courts during the shutdown.”

“There exist easy-to-implement solutions that would allow the Santa Clara County courts to achieve their public safety ends and continue to provide public access to court proceedings,” Staff Attorney Stevie Glaberson wrote in our letter to Judge Deborah A. Ryan, the Court’s presiding judge.

Among the creative solutions other courts in California and across the country are putting into place (cited in Public Justice’s letter today letter) are:

In addition to advocacy on public access to court proceedings, Public Justice has responded to this crisis by compiling a list of resources for plaintiffs’ attorneys facing deposition obstruction from corporate defendants, and speaking out against ICE’s dangerous failure to release detainees from its facilities in the wake of the virus’s spread.