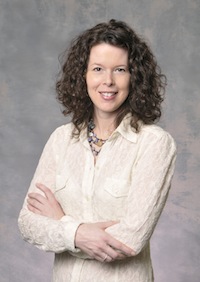 When Washington Wal-Mart employees came to Seattle attorney Beth Terrell and told her how they had routinely been denied lunch and rest breaks and forced to work off the clock, she filed a lawsuit against the retail giant and forced the company to turn over its time records. She was shocked by what she discovered.

“The whole trend and pattern was to keep people from [being paid] for overtime,” she said. She ended up negotiating a $35 million dollar settlement for a class of 80,000 Washington State Wal-Mart hourly employees for violations of Washington’s wage and hour laws and the Washington State Consumer Protection Act.

Bringing a class action against a huge corporate entity is nothing unusual for Beth, a member of the Public Justice Board of Directors. As an attorney who focuses on consumer and employee class actions, Beth has brought multi-state and nationwide class actions against Fortune 100 and 500 companies such as Comcast, AT&T and Sallie Mae. She recently filed a class action against the Monsanto Company on behalf of Pacific Northwest wheat farmers and the Center for Food Safety, alleging Monsanto negligently allowed the release of genetically engineered wheat seeds.

She also represents individuals in employee discrimination and personal injury cases. Among her many victories, Beth obtained a $200,000 jury verdict for an employee who was illegally terminated in violation of Washington State disability protections, and she negotiated a six-figure settlement for a female executive who had suffered gender discrimination.

Outside the courtroom, Beth counsels companies on personnel and human resource issues, and is a frequent speaker at legal conferences on a wide variety of topics, including consumer class actions, employment litigation and electronic discovery. This year, she spoke at 18th Annual Financial Services Institute in Chicago, and in November she will speak at the 7th Annual Section of Labor and Employment Law Conference in New Orleans, hosted by the American Bar Association.