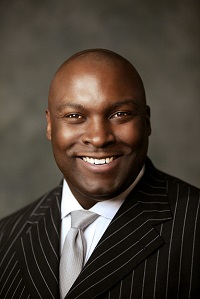 Two cases on which Daryl Parks is currently working involve the death, on school grounds, of a consistently bullied teen dismissed by the school as a freak accident, and an investigation regarding the killing of a young Mississippi man who might have become the first openly gay elected official in his state’s history. These two cases are indicative of his career-long commitment to help “the least of these, and the powerless” to achieve justice denied them.

Parks says he chose to do achieve this by becoming a litigator because it is a “very special role in our society” and because a practice focused on personal injury, wrongful death, and civil rights issues addresses the fundamental needs of his North Florida community.

“No other kind of lawyer has the ability to help my community with what it needs, and take action against injustice when necessary. In my community there is a great need for lawyers who work as social engineers and champions for economic justice.”

Legal action is just one avenue through which Parks fights for social change. Parks has been a part of philanthropy and civil engagement on important issues within North Florida and the region, and even public rallies for his clients and his causes. Parks and his partner Benjamin Crump see their firm, which they started straight out of law school in 1996, as an “incubator for young, minority attorneys interested in civil-rights and public-interest law.” This work outside of the courtroom is not only a way to act more broadly on community issues, but has the additional benefit of clarifying the image of his legal practice. “When the people see you as a leader, in addition to a lawyer, it changes their perception,” Parks says.

Parks, a Public Justice member since 2005, is best known nationally as an attorney for the family of Trayvon Martin. He was both a frequent commentator on the criminal case during the trial of George Zimmerman, and was also co-counsel with Benjamin Crump in the civil case against Zimmerman’s homeowners association, that led to a $1 million settlement. Though the cause of the Martin family is one for which he continues to fight, he told the Orlando Sentinel in 2012 that his more high profile cases are “just a snapshot of what we’re doing.”