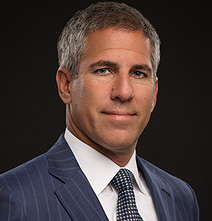 Public Justice Member Harris L. Pogust said he always wanted to be a lawyer, but originally didn’t know what kind of law he wanted to practice. He quickly learned that litigation was for him.

“I’m not one to sit behind a desk all day,” Pogust said. “I like the excitement of litigation. With anything else, I think I would go out of my mind.”

Pogust, of the firm Pogust Braslow & Millrood in Conshohocken, Pa., also likes helping David take on Goliath. He has spent the past quarter century fighting negligence, discrimination, and greed on the part of pharmaceutical companies, software companies, government agencies, and more.

One victory in particular stands out as a defining achievement in his career:  A $1.25 billion settlement in Pigford v. Glickman, through which thousands of African-American farmers received compensation for more than a decade of blatantly discriminatory lending by the US Department of Agriculture.

Pogust said that this racial discrimination was so systemic and open that memos were circulated within Department offices simply indicating “if an African American farmer comes in, look for a way not to give them a loan.” The settlement, approved by Congress and the President in 2010, not only compensated farmers harmed by their government’s bigotry, but prompted the Obama administration to pledge to further “right the wrongs in the USDA’s past.”

“It’s one of those cases you read about in law school books, and you hope that someday you will be able to work on a case that important,” Pogust said.

Many of Pogust’s cases are class actions and mass torts against pharmaceutical companies or other corporations who have put consumers in harm’s way by putting defective products on the market or by keeping vital product information to themselves. Pogust sees the common thread between those cases and Pigford as using the power of the class action to level the playing field between individuals and powerful entities.

“Whether it’s farmers against the government, or consumers against GlaxoSmithKline, we represent people who, when they band together, have a chance,” Pogust said. Without access to justice through class actions and mass torts, he said, “companies can just run wild and take advantage of the public’s trust.”

At the end of his career, Pogust hopes to be able to say that he helped to set precedents that have made consumers safer.

“Most of our clients, including those who have lost family members, say ‘the money’s great, but what we really want is to try and prevent what happened to our family from happening to others, ’” Pogust said.