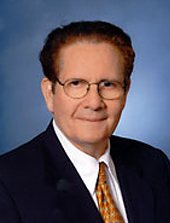 Jack Olender’s first major malpractice case sounds like a Hollywood movie. The case hinged on the notes of a nurse who was present at a birth three years prior, but who had since moved on. Jack couldn’t locate her and without her testimony, he didn’t have much of a case. Finally, through sheer luck, Jack was able to find her.  The 1976 trial in Moore v. Washington Hospital Center resulted in a $2.5 million verdict, the first seven-figure obstetric malpractice verdict in the country. Jack says that case taught him “to never give up and to just pour in all of the time and work that is required.”

This determination and thoroughness has been a hallmark of a career that has spanned 5 decades. He makes a point of understanding the medical facts of his cases— even earning an LLM in Forensic Medicine and regularly attending medical conferences. The results of his hard work speak for themselves.  Since winning that first multi-million dollar obstetric malpractice verdict in 1976, Jack has won or settled more than 200 cases with awards of more than $1 million each.

In many ways, Jack is a pioneer of medical malpractice, both in his approach, and in understanding how cases can serve to change medical practices and procedures to make all patients safer. At its 30th anniversary celebration, consumer watchdog organization Public Citizen honored Olender for his “groundbreaking achievements in bringing accountability to American medicine.”

His advocacy carries over to his community involvement. Jack contributes both his time and resources to numerous local charities and organizations. He and his wife, Lovell, founded the Olender Foundation to promote opportunity and equality for the citizens of the District of Columbia. Each year the foundation gives scholarships to local law students, makes contributions to charities, and honors public figures and citizens who make contributions to society.

Jack sees his membership in Public Justice as an extension of his advocacy work. “As trial lawyers together we can do good,” he says. “I’ve always wanted to be involved in good things.”