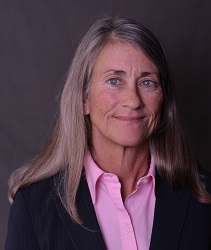 Lynn Drysdale has long been an ally to those who have been abused by unjust lending practices that set borrowers up for failure.

Although she primarily represents low-income people, Drysdale has a special interest in veteran families and has testified on their behalf both in court and in front of local, state, and federal legislative bodies. Members of the armed services and veterans are especially susceptible to predatory lenders, who give them loans secured by their future pension benefits. Essentially, unsuspecting veterans turn their rights to receive benefits over to the company. “When you peel back the labels, they were really just high-interest loans,” she says. “The interest rates weren’t disclosed. These veterans, to whom we owe everything, were being ripped off by these disguised loans.”

She hasn’t always had this focus, though. After she graduated law school, Drysdale dabbled briefly in personal injury litigation and then commercial litigation, but when she decided to apply for a six-month contract at the Jacksonville Area Legal Aid, Inc.  She never looked back. “Once I started working at Legal Aid, I found a real passion for it,” she explains.

The more cases Drysdale took on, the more problems she saw with a broken system. “I saw the injustice that was created by the income gap,” she says. Within her first two weeks, she represented a man who was on the verge of being kicked out of his home after he had turned to cheap “legal services” to write a deed, which had been written incorrectly.  Early on, Drysdale also represented an elderly woman who fell victim to a mortgage loan “flipping” scheme from a shady mortgage broker and lender. After almost losing her home, she took out increasingly expensive loans to pay off from previous loans.

Cases like these have come to define Drysdale’s practice. A fierce consumer advocate, she has worked tirelessly throughout her career to combat deceptive products like payday loans and illegal loan collection and mortgage servicing, especially with reverse mortgages. These products and practices target the poorest and most vulnerable populations. She is especially moved by her elderly clients, many of whom are so scared by empty threats that they fall into predatory mortgage and loan traps. “They’ll give up food and electricity to pay a bill without even questioning it,” she says.

She recently represented an elderly couple that was kicked out of their home because of a reverse mortgage agreement that was “violated” when lenders believed they had moved out of their home, despite still living in it. The foreclosure was completed to judgment, sale and execution even though the elderly couple were served with process at their home.  “The elderly man slept out in the rain to keep people from stealing their stuff from their front yard,” Drysdale recalls.

The situations of Drysdale’s clients show the need for lawyers like herself, who work tirelessly to fight against consumer abuses.  “We cannot solely depend on government agencies to be the enforcement arm with every single abuse of a consumer protection statute,” she says. She views the work of trial lawyers like herself imperative for the protection of consumers everywhere.

Although some of the cases she takes on are difficult, Drysdale, who is a co-adjunct professor at the University of Florida law school, has hope for the future. In addition to classes at the law school, she also teaches other pro bono consumer lawyers across Florida. “Teaching and seeing the way the young folks see the law through their eyes is very refreshing,” she says. “It gives you a hope about the practice of law and the people who are going to be taking over the reins.”

Through teaching and her work at Jacksonville Area Legal Aid, she hopes to have a positive impact that goes beyond her individual clients. “If I can help younger attorneys and student and have a greater impact on the wider consumer population at the same time,” Drysdale says, “that would be something I would be very proud of.”