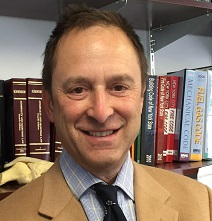 A series of defining and unexpected moments have taken Michael Barasch from being a reluctant law student to being one of America’s chief advocates for 9/11 first responders and others harmed by toxic dust in lower Manhattan in 2001.

Barasch describes himself as the “worst student in the history of Fordham Law School”, and was only trying out a law career at his father’s urging, but was working at a firm where he was working directly with clients and on trials, rather than doing more clerical work.

“I got bit by the bug watching trials”, he said.

Then, after setting up a personal injury practice, Barasch’s law school friend Jim McGarry, unhappy working long hours at a white-shoe defense firm, got in touch with him about finding a way they could work together to represent injured firefighter friends of his. Suing building owners over fires caused by building code violations on behalf of firefighters became the duo’s specialty when they opened Barasch McGarry, now Barasch McGarry Salzman & Penson, in New York in 1993.

The 2001 attacks on the World Trade Center then changed the course of his career again.

“Our offices had been close to the World Trade Center site, and we were working out of temporary offices in Midtown when we started hearing our firefighter clients coughing,” Barasch recalled. “We thought it was asthma or reactive airway disease at first. You can’t be a firefighter and work with asthma.”

The firefighters who they knew from prior cases, had all been working at Ground Zero, looking unsuccessfully for survivors as fires burned, and inhaling toxic dust in the process. Barasch represented the families of firefighters killed in the attacks, as well as over 1,000 first responders with permanent respiratory illnesses.

In December, 2001, Barasch had a chance encounter with the special master of the 9/11 Victims’ Compensation Fund, Kenneth Feinberg. Barasch agreed to drop pending lawsuits that his firm had filed on behalf of the firefighters who, at that point, had been diagnosed with the “World Trade Center Cough.” In turn, Feinberg agreed to waive a requirement that first responders benefitting from the Fund must have sought medical help within the first 72 hours after the attacks. Barasch took all of his clients to the first Victim Compensation Fund, which closed its doors in 2003.

But that was hardly the end of Barasch’s work on behalf first responders. He says his role largely evolved into a “lobbyist and activist” on behalf of 5,000 ill Lower Manhattan residents and first responders, and in favor of legislation that would continue to ensure health coverage for victims of the toxic dust.

The Zadroga Act, passed in 2010, is named for NYPD detective and Barasch’s client James Zadroga, who died of pulmonary fibrosis in 2006. Detective Zadroga had spent 200 days in the rubble in lower Manhattan. He was initially diagnosed with the “WTC cough” and an autopsy discovered ground glass and other toxins in his lungs. This was the medical evidence that enabled doctors to link the WTC dust to the respiratory illnesses that thousands of people were suffering from. Initially, when the Zadroga Act became law, the federal government made $2.4 billion available for treatment of illnesses stemming from the toxic dust, and made $2.7 billion available to compensate those whose health had declined since 2003 as a result of the dust.

While it seemed like enough money to fairly compensate the sick 9/11 community for their respiratory illnesses, it soon became apparent that it was grossly insufficient.

“In 2010, we hadn’t realized that hundreds of claimants with asthma would soon be diagnosed with lung cancer. We didn’t appreciate the fact that medical care would cost so much more. By 2012, doctors had linked 67 cancers to the toxic dust. We recognized that the fund was insufficient in light of how many more people were getting sick, needing both continual medical treatment and compensation for losing their livelihoods.”

Barasch says that his firm’s 10,000 clients deserve a lot of credit for the extension and renewal of the Zadroga Act. With the fund about to close for good, Barasch’s clients throughout the nation began to call their congressional representatives. Ultimately, thanks to the leadership of New York area Congressmen, their efforts were rewarded by bipartisan support in Congress.

The renewal of the law on December 18, 2015, championed by Jon Stewart among many other first responder activists, was essential for many reasons, according to Barasch. “The extension of the Zadroga Act assures lifetime medical treatment for some 70,000 people currently registered with the WTC Health Program. Moreover, it provides for an additional $4.6 billion in compensation, assuring that every claimant will receive full compensation”.

Away from his practice, Barasch has served for nearly two decades on the board of directors of the Urban Justice Center. It advocates on behalf of, and provides direct legal services to, New York City’s most vulnerable populations.

Barasch prides himself on being able to offer his young colleagues just starting out as lawyers the same thing that hooked him on the profession: the experience of working directly with clients.

He said that despite the sad nature of his cases, he’s excited each day to come to work.

“Every day there’s another client calling, saying that although they can’t work, thanks to their Zadroga award, they can pay off their loans and send their kids to college. Despite their illnesses, they have financial security. It is very gratifying to know that we have had such a meaningful impact on our clients’ lives.”