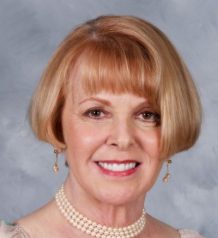 Roxanne Conlin leads a law firm in Des Moines, Iowa, where she advocates for people who have been wronged by harmful industries. She began her career at a time when female lawyers were almost unheard of. She is a trailblazer, and we are fortunate to be working with her on a case that combines the Food Project’s innovative approach to litigation with on-the-ground organizing led by Iowa Citizens for Community Improvement and Food and Water Watch.

Roxanne serves as local counsel on a Food Project case to protect Iowans’ right to clean water. Alongside Food Project Senior Attorney Brent Newell, she defended critical waterways from factory farm pollution before the Iowa Supreme Court. The State holds common resources, like water, in trust for the public. When the State of Iowa allows factory farms to pollute waterways unabated, it violates its duty to protect that right. You can watch proceedings from the case here.

Why did you take up this case for the right to clean water?

Because it’s an amazingly important case for all Iowans, and perhaps for all Americans. The idea of voluntary compliance has obviously failed miserably. And we must get something enforceable if we are to save our water.

The Raccoon River has been in my backyard on more than one occasion. You can see the sludge filled with odd things, things that should not be in the river. I’m not talking about plastics, that’s clear. I’m talking about odd, gross things that are very visible when I drive by the river almost every day. I have paid a lot of attention to the river. I love the river. And given the opportunity to have an impact on the way that the river was used and abused was a wonderful opportunity for me.

How did the case work to support community organizing for clean water?

This case has provided an organizing opportunity for community groups to make themselves known and reach out to people. Iowa Citizens for Community Improvement and Food & Water Watch are on the ground, organizing their community to fight for their right to clean water. They used this case to engage their base. We have gotten new members, new people, new eyes, new energy for the movement to stop water pollution and hold agribusiness accountable. Whether we win or lose the case, there have been many victories in garnering energy and bringing people on board. I think that’s a model.

Why is food and agriculture law important?

This is an area that presents very important opportunities for doing good. I see climate change and water pollution and economic inequality all as related to our failure to regulate agribusiness. And I certainly think that the association between monoculture and climate is extraordinary and no one ever seems to notice that we are now planting row crops ditch to ditch and ruining soil for all times. It’s not perplexing. It has to do with agribusiness. It has to do with the corporate farming that is replacing family farms. We all romanticize about family farms — they hardly even exist anymore!

Personally, it’s one of the things I care about. I’m an animal lover, I’m a foster parent with Animal Rescue League. Right this minute in my home I have lots of kittens that are my foster babies. They’re so cute!

Why were you excited to work with Public Justice?

No one can deny the importance of the organization. It has undertaken extraordinary cases. It has handled cases that made a difference in terms of racial justice, justice for women, and access to justice generally. And now, the Food Project is using litigation to support on-the-ground organizing efforts, like this one. It is just the all-encompassing organization for trial lawyers who care — not just about making a living, but about making life better. It is doing public justice that makes the organization so important.

When you started out as a lawyer, many must have doubted you as woman. What was it like pushing for gender equity in the field?

When I became an attorney, the number of attorneys that were female in the country was maybe 2%. The first case I handled, I represented a railroad company and the judge thought that my law firm had sent a secretary, and he was furious. He went back and called my law firm, who assured him that I was, in fact, a lawyer. But he still would not let me represent my client. I had all kinds of experiences like that, they were almost a daily occurrence. It was horrendous, so I started carrying my credentials with me in my briefcase.

When the Equal Employment Opportunity Act was passed, adding women was a joke. The word “sex” was added in order to defeat the bill. A guy named Howard Smith, a southern segregationist Senator and the original person who headed the Equal Employment Opportunity Commission, said, “Don’t worry, I’m not going to enforce that part of the law.” But women enforced it, women lawyers.

For a while I was part of an informal network of women lawyers across the country who were determined to enforce the law as it applied to women. And one of those women was Ruth Bader Ginsburg. She was a mentor to me and so many women in so many ways. I think we will feel her influence forever, frankly. She chose and argued cases before the Supreme Court that advanced the cause of women. But what mattered most to me was her personal mentoring, and that she cared about other women enough to give them her time and attention.

Do you have any advice law students who are passionate about fighting for causes they believe in?

Don’t let anybody tell you, you can’t — you can. And you will. And no one can stop you if you won’t let them. It can be discouraging, it can be deflating, it can be all kinds of things, but you just have to put one foot in front of the other and keep moving towards your goal.

I sometimes talk to Drake law students about various things, including how to have a happy life. The way you have a happy life is to follow your dreams and do what you can to help others. And I know that sounds corny, but honest to God, it is the secret to a happy life.

Republished from Public Justice Food Project’s Medium blog, “Trailblazer Roxanne Conlin on the Fight for the Right to Clean Water in Iowa“.