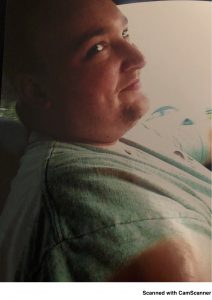 At 1:30 a.m. on a spring night in 2012, Andrew Scott was sitting in his Lake County, Fla. home. Unknown to Scott, the Lake County Sheriff’s Department had surrounded the front of his residence with their guns drawn, having mistaken his address for that of someone else parked in his housing complex who was suspected of armed assault and battery. Hearing intense knocking and, given the late hour, Mr. Scott, in fear of his and his fiancée’s safety, grabbed his legally owned handgun.

As he opened the door with his gun by his side and no bullet in the chamber, one of four police officers – Deputy Richard Sylvester – opened fire with six shots, instantly killing Scott. After the shooting, the Sheriff’s Department admitted its officers never announced themselves as police, and concealed themselves from view before Scott opened the door.

Scott’s family filed suit against Deputy Sylvester, but the U.S. District Court for the Middle District of Florida quickly granted summary judgment in favor of Sylvester, writing that “Andrew Scott made a fateful decision that night: he chose to answer his door with a gun in his hand. That changed everything. That is the one thing that – more than anything else – led to this tragedy.”

The district court’s decision placed the immunity of law enforcement above the individual rights of Andrew Scott, including his right to a jury trial, right to a reasonable search and seizure, and his Second Amendment right allowing him to legally have a firearm.

Scott’s family appealed to the 11th Circuit, which ruled in March 2017 that they could not sue because of qualified immunity, the controversial doctrine that holds individuals cannot sue the government for a violation of their rights unless those rights are “clearly established.”

In Judge Beverly Martin’s dissent, she wrote: “Under no standard was it reasonable for the police to kill Mr. Scott when he answered the knock at the door to his home. He was not suspected of any crime (much less a violent crime) and he was standing inside his own house without threatening them.” The officers, she wrote “were not engaged in a permissible ‘knock and talk’ when they killed Mr. Scott.” In fact, “there was no talk here. This was a knock and shoot.”

In December of 2017, the Supreme Court denied a cert petition from the plaintiffs, ending the family’s chance for civil justice.

Scott’s story is a vivid reminder that qualified immunity has become a significant barrier to reforming dangerous law enforcement practices across the U.S.

Public Justice is proud to present our 2018 Illuminating Injustice Award, which includes a $25,000 cash contribution, to the family of Andrew Scott. The award will be presented during our 36th Annual Gala and Awards Dinner on Monday, July 9th in Denver. For more information, or to purchase tickets for this year’s Gala, click here.