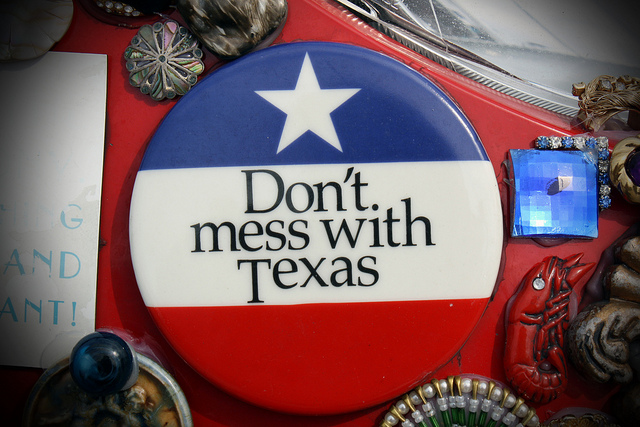 Arbitration is nearly everywhere. For the millions of Texas residents who own a home, one of the few places that they don’t encounter forced arbitration clauses is in their homeowner’s insurance policies. But now, Texas insurers want to change that and force millions of Lone Star Staters to sign away their right to a day in court.

Last month, a Texas insurer submitted a sample policy endorsement containing a forced arbitration clause to the state’s Department of Insurance. That policy, if approved, would then be included in homeowners’ insurance policies. The Department has called for comments on this proposed endorsement. Today, Public Justice submitted its comments urging the Department to not approve the proposed endorsement, and to prohibit forced arbitration clauses in all future homeowners’ insurance policies.

First, forced arbitration means that consumers pay more and win less. Unlike the publicly-funded court system, arbitrators are paid by the parties, and can charge thousands of dollars a day in fees for their services. Corporations also win more often in arbitration than in court.

Second, arbitration proceedings, decisions, and awards are almost always governed by strict confidentiality clauses. This hides corporate abuses from the public eye, and keeps consumers and their advocates in the dark about the applicable law and winning arguments.

Third, unlike the individual consumers and employees who they face, corporations are also often repeat players in arbitration. This gives them several benefits. To begin with, they are not hamstrung by the secrecy of past arbitrations because, of course, they have the results and arguments of prior arbitrations in their files. It also permits them to distort the arbitral forums that they contract with. Studies have shown that corporations bring repeat business to the forums and the arbitrators that rule in favor of corporations, and blackball the arbitrators who give large awards to consumers. This pro-corporate bias became so severe in one arbitration provider, the National Arbitration Forum, that it was sued by the Minnesota Attorney General, and eventually agreed to stop handling consumer arbitrations.

Fourth, forced arbitration clauses can impose a wide range of unfair provisions on consumers. They can force losing consumers to pay the corporation’s costs, and even its attorneys fees. They can force consumers to travel to distant, inconvenient locations to bring their claims. They can restrict the claims consumers are allowed to bring, the discovery consumers can conduct, or even the statutory remedies or damages consumers can receive. Perhaps most damaging, forced arbitration clauses can also ban consumers from working together against widespread abuses as members of a class action. When faced with these unfair clauses, there is very little that consumers can do. Under controlling Supreme Court precedent, courts have very little leeway to throw out these unbalanced provisions in order to try and give consumers a halfway decent shot at winning.

Indeed, despite the heroic efforts of consumer advocates over the decades, a narrow majority of the Supreme Court has repeatedly abandoned the rights of consumers and employees to give corporations the upper hand in arbitration. In addition to instructing lower courts that they must enforce most unfair arbitration clauses, the Supreme Court has also ruled that arbitration awards and decisions are essentially unreviewable by courts, no matter how lopsided, irrational, or unfair the outcome.

Because the Supreme Court has made the judicial system hostile to consumers’ attempts to fight back against forced arbitration, the last reliable bastions of legal protection are legislators and regulators. On both the state and federal levels, laws and regulations have been passed that protect consumers and employees from the worst abuses of forced arbitration. For example, the Consumer Financial Protection Bureau recently proposed a rule that would prohibit corporations from banning class actions in contracts for consumer financial products. This represents an important protection for consumers because of the unparalleled power of class actions to combat wide-spread misconduct and unfair treatment.

It is because of the critical role of regulators like the CFPB that we have added our voice to the many other consumer advocates in submitting our comments to the Texas Department of Insurance. The Department has a unique opportunity to protect Texas homeowners from the disadvantages that forced arbitration would impose on the security of their most treasured possession: their homes. We urge them not to pass up this rare opportunity.