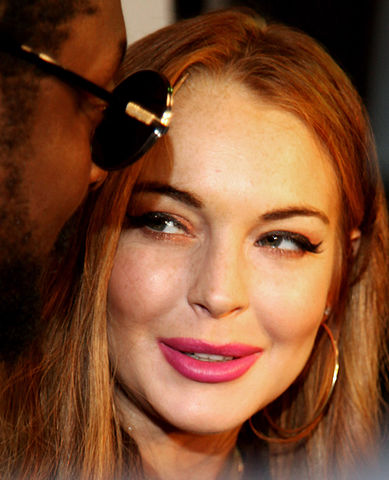 By all accounts, Hollywood attorney Shawn Holley’s star has been on the rise. Holley, who first made a name for herself as a member of O.J. Simpson’s defense team, has increasingly been the go-to lawyer for celebrity bad boys (and girls). Her client roster includes Lindsay Lohan, Kim Kardashian, Justin Bieber, Kanye West and Paris Hilton. When Ms. Kardashian recently met with the President to (successfully) urge a commutation for Alice Marie Johnson, who had been serving a life sentence for a first-time drug offense, it was Holley who escorted her to the White House.

But like other Hollywood insiders – including Harvey Weinstein, Charlie Sheen and others – Holley also appears to be a huge fan of forced arbitration, using this favorite tactic of powerful people to force less powerful people (in her case, her own clients) out of court and into often-secret hearings where bad behavior often gets veiled in secrecy and hidden away from public view.

Now, however, one client is calling Holley out, and fighting her in court.

When Andrew Milder was wrongfully arrested, he went looking for a trusted attorney to defend him and clear his name. That’s when he turned to Holley, thinking that, if she was skilled enough to represent the interests of the rich and famous, she could surely solve his problem by presenting the ample evidence Milder had amassed that he believed proved his innocence.

So, Milder signed a $25,000 retainer agreement with Holley and, at her direction, paid thousands of dollars more for a private investigator who, he was told, would gather even more evidence supporting his case.

The retainer agreement promised that Holley would provide Mr. Milder with the “highest quality legal services,” and that if either party perceived problems with the other, they would resolve them with a “good faith discussion.” If that discussion failed to resolve the matter, however, the dispute would then be settled through arbitration. The agreement even went on to paint arbitration as a Hollywood happy ending, saying that the process could resolve disputes with “less expense to all concerned by binding arbitration than court action,” and that “attorneys’ fees and other costs incurred by both sides are usually substantially less” in arbitration than in court.

But as anyone familiar with arbitration now knows, Holley’s script, to use movie land lingo, wasn’t “based on a true story.” In fact, for many individuals, arbitration can be far more expensive than going to court, particularly for the person bringing the challenge. It was a lesson Milder was about to learn the hard way.

During a critical hearing in Milder’s case in January 2012, Holley attempted to expedite the process – at the expense of representing his interests – in order to preserve “judicial economy.” Milder says Holley refused to let him testify on his own behalf, failed to make essential objections and, he alleges, was generally unprepared for the hearing. Milder says Holley seemed to be ingratiating herself to the court and wanted to get out of the courtroom, and be done with his case, as quickly as she could.

It was almost as if, Milder says, Holley had somewhere else she wanted to be.

Coincidentally, Holley was also representing Lindsay Lohan – on the same day, in the same courthouse – for a probation update. That hearing drew extensive press attention, of which Holley was a central part, being pictured prominently beside Lohan in press reports.

Mr. Milder alleges Ms. Holley’s ineffective legal representation of him – and, possibly, her rush to be photographed with her more famous client – led to him being wrongfully convicted of a probation violation. At one point, Holley told Milder he should prepare to spend 90 days in prison. Then, she withdrew as his counsel, prompting Milder to demand a refund of his retainer and his payment to the private investigator. Holley refused, and Milder was forced to hire a new attorney on a $15,000 retainer.

That’s when Milder, in compliance with the retainer agreement he signed, went to arbitration, accusing Holley of ineffective assistance of counsel, one of the most serious offenses an attorney can face.

That’s when Milder quickly learned that Holley’s promise of avoiding expensive fees by avoiding court weren’t all they were cracked up to be.

While such astronomical arbitration fees might have been a drop in the bucket for Holley’s celebrity clients, for Milder it was a major expense.

Milder felt he had been conned and, in May 2015, filed an action against Holley in court, alleging again that he had received deficient representation in his criminal case, but also seeking a declaration that the arbitration clause in his retainer agreement was void. The arbitration clause’s assertion that avoiding court would be cheaper was, Milder felt, just plain false.

When the trial court ruled in favor of Holley, Milder appealed and – representing himself – prevailed in the California Court of Appeal in early 2017. The court held, among other things, that Milder had raised a substantial factual issue as to whether Holley’s arbitration clause presented a misleadingly positive description of arbitration, and that the issue must be resolved in court, rather than through arbitration.

And with that, the case was returned to trial court, where Milder continues to fight against the arbitration clause.

It is worth noting, too, that the rules of professional conduct of several states prohibit attorneys from using arbitration clauses in their retainer agreements, or at least limit their use.  (Unfortunately for Mr. Milder, this argument is not available to him in California.) Indeed, many lawyers argue that it is unethical for an attorney to insist that a client to agree to an arbitration clause. Arguably, insisting upon a mandatory arbitration clause puts the lawyers interests above those of their client, to whom they owe a fiduciary duty.