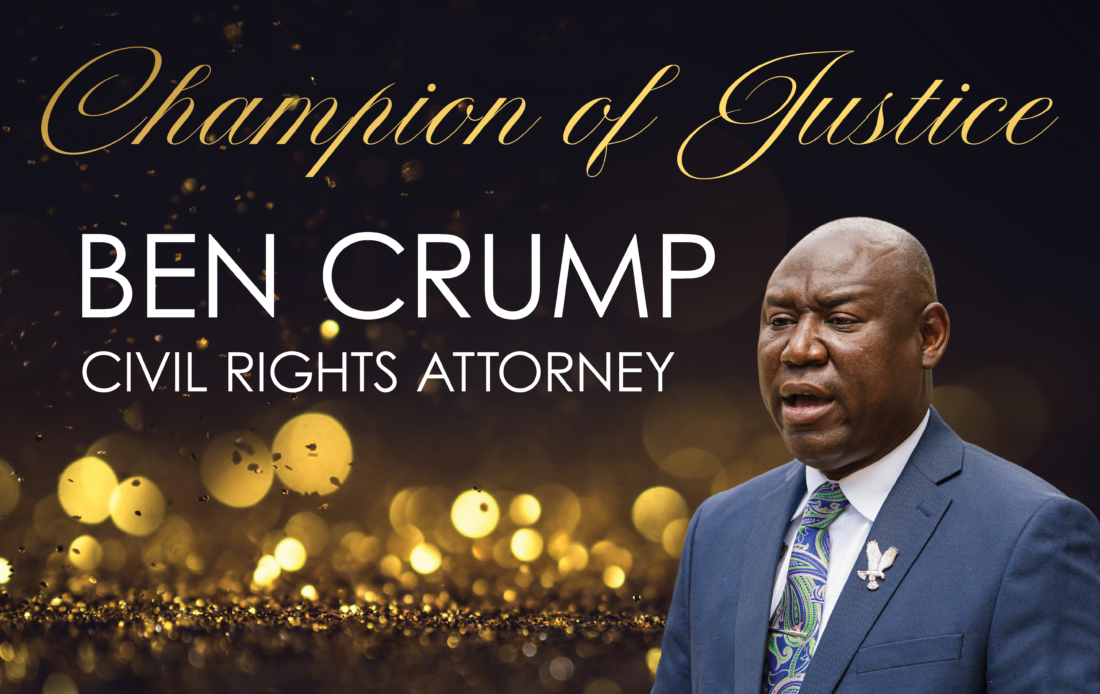 As one of the nation’s most renowned advocates for social justice, Mr. Crump’s legal advocacy focuses on his pursuit of justice for the families of those who have been impacted by our nation’s ongoing epidemic of police brutality and murder, and the systemic racism faced by Black families throughout America.

Through his groundbreaking litigation efforts, Mr. Crump represented the families of Trayvon Martin, Michael Brown, Breonna Taylor, Ahmaud Arbery, and most recently, George Floyd. Mr. Crump is the president of the National Civil Rights Trial Lawyers Association, and has served as president of the National Bar Association. He is the founder of his law firm, Ben Crump Law.

Public Justice’s Champion of Justice Award is presented annually during our Gala and Awards Ceremony, honoring an individual who has demonstrated a history and commitment to fighting injustice and ensuring our judicial system works for everyone. Mr. Crump’s advocacy and legal work embodies the spirit of this award, in which he has truly set a new standard for the legal profession. We are honored to recognize his extraordinary and ongoing work in battling systemic racism, the scourge of qualified immunity, and police brutality with this award.

Learn more about Mr. Crump’s incredible career here, and join us on Wednesday, July 21 as we salute his work and legacy at this year’s virtual Gala and Awards Ceremony.