Congress Can Stop the Pandemic From Causing Credit Pain for Decades 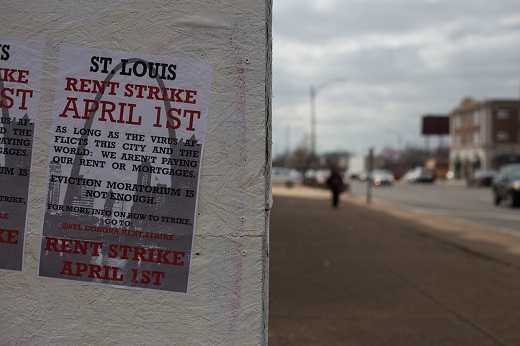 Congress Can Stop the Pandemic From Causing Credit Pain for Decades

In the weeks since the COVID-19 outbreak began, nearly 10 million Americans have filed for unemployment benefits. The numbers are historic, the graphs on the front pages of newspapers are staggering and the pain that so many people are feeling is both deep and very real. By all accounts, the recovery will be long and Americans will be feeling the impact of the pandemic for months, if not years, to come.

Yet, as doctors, nurses and others we now rightly recognize as heroes and heroines rush to the frontlines to help – many sacrificing their own safety, and the safety and health of their families to do so – some in other industries are using the crisis as a moment of selfish opportunity or to punish those who, through no fault of their own, are struggling to make ends meet.

In a repeat of what we saw in the aftermath of the 2008 financial crisis, predatory lenders are preying upon the most vulnerable and working overtime to profit off of the pandemic. As renters and homeowners struggle to pay their rent or mortgages, some are finding it difficult, if not impossible, to do so. And Americans with car loans, credit card bills, medical debt and other monthly payments are grappling with difficult choices about what to pay and what to risk allowing to slide each month. The long-term consequences of those decisions will impact the lives of those affected for years to come in ways that many have not yet realized.

Public Justice has seen how this plays out before: Lenders report consumers who can’t pay because of a crisis they didn’t cause, and couldn’t avoid, to consumer reporting agencies (CRAs) which, in turn, provide that information to potential employers, other lenders and a vast array of companies that use it to penalize and punish consumers, workers and nearly every American impacted by what’s happening right now.

We have a long history of working to curb this unfair and relentless cycle of punishment. For the past seven years, we’ve been part of a large case against the three major credit reporting agencies after they were caught improperly reporting information on consumers who were forced into bankruptcy. And we’ve directly represented consumers in at least a dozen other class action cases, many of which have resulted in settlements that eliminated negative information on their credit reports caused by illegal and deceptive lender practices.

Now, history is repeating itself, but it is imperative that our government remember the lessons of the past and act now to protect those who are vulnerable to the long-term, life-altering consequences of these practices. Just as more needs to be done to help those who are hurting, more must also be done to protect borrowers and implement common sense oversight of the credit reporting industry. That’s why we’re joining with the National Consumer Law Center, U.S. PIRG and other allies in calling on Congress to pass important new legislation that addresses one key issue already facing borrowers: negative credit reporting impacting those whose lives and livelihoods have been disrupted by COVID-19.

The Disaster Protection For Workers’ Credit Act, introduced by Senator Sherrod Brown (D-OH) and Senator Brian Schatz (D-HI) will provide for an immediate four-month moratorium on all negative credit reporting and longer protections for people who face lasting financial hardship from the outbreak. It is a critically important piece of legislation that should be immediately passed by both chambers of Congress with the same overwhelming, bipartisan support the emergency relief bill received from lawmakers. Its passage will protect Americans against future hardships by shielding them from employment discrimination and future loan denials while allowing them to focus on paying for food, medicine and other essential needs for them and their loved ones.

Sadly, the need for action is made more urgent by the Administration’s refusal to step in and help on its own. The Consumer Financial Protection Bureau (CFPB), once the most effective agency in the federal government, last week announced it is weakening a key regulation that forces lenders to investigate dubious debts. The effect of the CFPB change will  be that more negative inaccurate information will be reported to, and by the credit reporting agencies. The CFPB’s announcement only added insult to injury for tens of millions of Americans already struggling emotionally, financially and in so many other ways. If government agencies refuse to act, Congress must exercise its oversight authority and demand that they do so.

You can help, too. Call the capitol switchboard at (202) 224-3121 and ask to be connected to your lawmakers, or find your Representative and Senators online and reach out by email. Ask them to support the Disaster Protection For Workers’ Credit Act so that this already painful catastrophe doesn’t haunt Americans for years after the virus itself is hopefully behind us.

We all have a part to play in keeping our loved ones, and our country, safe. This is one small step we can take to protect the futures of those who are feeling the pain of this current moment so acutely right now.