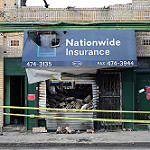 It’s no secret that most Americans are struggling to save enough money for retirement.  Some are just trying to make ends meet and can’t spare the money, and others work at jobs that don’t offer 401(K) plans.  But one thing is certain: if you’re among the one-in-three Americans who are able to set aside some of your hard-earned cash for the future, and you put your trust in an investment company, the last thing you want is for that company to exploit your trust for its own financial gain.

That’s exactly what Nationwide Life Insurance did, according to a class action lawsuit brought in federal court. Nationwide is one of the largest insurance and financial services companies in the world, with more than $158 billion in statutory assets.  It’s the third-largest writer of 401(k) contracts in the country, handling over 72,000 retirement plans covering hundreds of thousands of workers.  But according to the plaintiffs in the lawsuit, Nationwide—which specifically markets itself to small and medium-sized employers—took advantage of its customers’ trust, devising a scheme by which it skimmed cash from mutual funds in exchange for giving those funds access to its enormous (and extremely valuable) market of retirement plans.

Here’s how the scheme worked.  Nationwide was already charging retirement plans certain administrative fees, but in the mid-1990’s, according to court records, Nationwide decided to try a different kind of pricing.  Under the new practice—called “revenue sharing”—the company began charging mutual funds a new fee to be placed on a “menu” of investment options for retirement plan participants.  Only those mutual funds willing to “pay to play” were given access to Nationwide’s retirement plans and shown to investors.  The more a mutual fund paid Nationwide, the more Nationwide would promote it to plan participants; and customers weren’t given the option to invest in plans that didn’t pay Nationwide’s fee.  But Nationwide didn’t pass the payments it received from the mutual funds on to the workers’ retirement plans.  Instead, it pocketed the money for itself.  And, of course, it didn’t tell its customers about any of this.  This alleged self-dealing harmed workers by diverting money that would have gone into their retirement plans to the company’s bottom line.

Then Allen Gouse, the trustee of the 401(K) plan at the Greater Hartford Easter Seal Rehabilitation Center, Inc., in Connecticut, read the fine print and figured out something was wrong.  Along with Lou Haddock, the owner of Crown Tool & Die Co. and his employees’ 401(K) trustee, Mr. Gouse—on behalf of 72,000 other retirement plans that had contracted with Nationwide—filed a class action lawsuit claiming that Nationwide’s secret asset-skimming scheme violated a federal law known as ERISA (the Employee Retirement Income Security Act of 1974).  Under ERISA, a company that exercises discretionary authority over people’s retirement investments is a fiduciary, and as a fiduciary it has a duty to act in those people’s best interests.  Selling access to workers’ money for profit, as Nationwide allegedly did, violates the law.

This rule makes sense.  Imagine that you own a home. You’re leaving on a trip, but you have a pet and you don’t want your vacant house to be at risk of vandalism or break-ins.  So you make arrangements with a friend to house-sit.  You have peace of mind, and in exchange your friend has a free place to stay while you’re away.  But what if you come back to discover that instead of staying there herself, your friend rented out your house online to tourists at a nightly rate, making thousands of dollars?  You’d be pretty upset—not only was your trust violated, but you’d be right to think that all the money your friend made renting out your property rightfully belongs to you.

That’s what Gouse, Haddock, and the plaintiffs argued—and after 13 years of hard-fought litigation, the class action settled for a whopping $140,000,000.  Hundreds of thousands of middle-class American workers will directly benefit from the settlement, which has put $78,000,000 back into their retirement accounts—money which, over time, will grow to a much larger amount in the tax-sheltered 401(k) accounts.  Nationwide also agreed to change how it does business—and, most importantly, it must now disclose all fees it accepts from mutual funds and give customers the option to choose mutual funds that do not pay fees to Nationwide.

Given the complexity of Nationwide’s alleged fraud, and the difficulty of the litigation, there’s no question that this case could only have been brought as a class action.  Most trustees of 401(K) plans, no matter how diligent, would not have caught Nationwide’s sleight-of-hand on their own.  And even if a handful had, no one person could have gone up against the company alone; it takes a large number of victims joining together to force a company this powerful to make it right.  A class action also just makes the most sense:  if a company cheats everyone in the country in the same exact way, it should have to answer to all of them—even if the victims lost different amounts of money.

But class actions, and settlements like this one, may be a thing of the past if a new bill supported by the U.S. Chamber of Commerce becomes law.  H.R. 985 would prohibit federal courts from approving a class action settlement unless every single member of the class had “suffered the same type and scope of injury as the named class representatives.”  That means Haddock and Gouse could not have sued together—let alone on behalf of hundreds of thousands their fellow trustees and workers—if one lost more (or less) money than the other from Nationwide’s scam. But of course, no one’s retirement account is identical to anyone else’s—depending on what wages or salary each worker made, and how much he or she put into her 401(K), each individual victim of Nationwide’s alleged scam almost certainly lost a unique dollar amount, and thus had a different “scope of injury.”

This is just one example of why H.R. 985 is a terrible deal for American consumers.

It’s past time for Congress to retire its unfair attacks on class action lawsuits. If consumers can’t count on companies like Nationwide to be on their side, they should at least have confidence that the law – and those elected to look out for their constituents – will be.