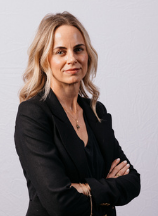 Leslie A. Bailey is a senior attorney in Public Justice’s Oakland, California office, and Director of the organization’s Debtors’ Prison Project. Leslie litigates complex public interest cases and appeals involving civil rights and liberties, consumer protection, and court secrecy. She has briefed, argued, and won cases in state and federal appellate courts across the country and has testified in both houses of Congress.  Leslie has spoken on court secrecy, private probation, class actions, ethics, and forced arbitration at over three dozen national and state conferences and CLEs.

Civil Rights & Criminal Justice:  Leslie is dedicated to fighting the criminalization of poverty and the jailing and financial exploitation of low-income criminal defendants. Leslie is the head of Public Justice’s Debtors’ Prison Project, and she is currently counsel in Carter v. City of Montgomery, a putative class action in federal court in Alabama challenging the unconstitutional practices of the City, its municipal court, and for-profit probation company Judicial Correction Services. The court in Carter has denied the defendants’ motion for summary judgment, finding that the plaintiffs’ Due Process, Equal Protection, and Sixth Amendment rights were violated and that a reasonable jury could hold the City, probation company, and a contract defense attorney liable.

She was proud to be a member of the trial team in Hankin v. City of Seattle, in which a jury found Seattle liable for violating the Fourth Amendment rights of 200 peaceful protesters.

Court Secrecy: As one of the attorneys in Public Justice’s Court Secrecy Project, Leslie testified before subcommittees of the U.S. Senate and U.S. House of Representatives about how secret settlements and sealed court records threaten public health and safety. She was interviewed by Andrea Cambron on the radio show EnlightenMe about how NDAs and arbitration agreements have been used to silence survivors of sexual assault and harassment–and how the #MeToo Movement and pending legislation can change that.

Leslie has represented public interest groups in successfully blocking corporate efforts to hide evidence of wrongdoing through secrecy orders, including Remington Rifle Co. and Cooper Tires. Leslie was co-counsel with Jennifer Bennett in Chrysler Group v. The Center for Auto Safety, in which the Ninth Circuit ruled that documents containing information bearing on the safety of millions of Chrysler vehicles must be unsealed unless the company can demonstrate that compelling reasons for secrecy outweigh the public’s presumptive right of access to court records. Chrysler’s petition for certiorari to the U.S. Supreme Court was denied, but the district court refused to unseal almost all the documents, and unfortunately that decision was affirmed in an unpublished decision by a panel of the Ninth Circuit.

Leslie participated in an invitation-only meeting at Yale Law School’s Collaboration for Research Integrity and Transparency about best practices to ensure public access to health and safety information in medical product litigation.

Consumer Rights & Payday Lending: Leslie served as co-chair of the Board of Directors of NACA, the National Association for Consumer Advocates, from 2016-2018, and as a board member from 2012-2016. She has been counsel in several consumer rights cases, including lead counsel on appeal in Rosas v. AMG Services, Inc., a putative class action against an internet payday lender in California state court. The defendant—a payday lender that charged over 700% interest on short-term loans and which was controlled by notorious kingpin Scott Tucker when the loans were made—claims that its nominal affiliation with a Native American tribe entitles it to share in the tribe’s immunity from state law. The California Court of Appeals rejected the defendant lender’s efforts to escape liability, and the case is now proceeding in the trial court.

The “tribal immunity” defense is an increasingly popular defense strategy among payday lenders seeking ways to continue charging exorbitant interest on short-term consumer loans while evading state consumer protection laws. Leslie conceived and directed the creation of a first-of-its kind report on tribal lending, “Stretching the Envelope of Tribal Sovereign Immunity?: An Investigation of the Relationships Between Online Payday Lenders and Native American Tribes.”  This 200-page report, which was funded by a grant from the Silicon Valley Community Foundation, features the most comprehensive research and analysis done to date on the relationships between payday lenders and tribes.

Forced Arbitration: Leslie also has extensive experience opposing the enforcement of unfair arbitration clauses in consumer contracts. In April 2019, she won a unanimous victory in the South Carolina Supreme Court on behalf of victims of insurance scams. The court held that the defendant insurance companies could not to force their claims into arbitration based on a clause in a contract between those companies and another defendant, where the plaintiffs were not parties and had never agreed to arbitrate. Leslie’s oral argument can be viewed here. She also argued and won Sgouros v. TransUnion Corp., in which the Seventh Circuit struck down the arbitration agreement of one of the largest corporations in the country on contract formation grounds; and FIA Card Services v. Weaver, a in which the Louisiana Supreme Court held that a debt collector cannot enforce an arbitration award against a consumer without proving the consumer agreed to arbitration.

Leslie has also successfully opposed certiorari in several cases, most recently TAMKO v. Hobbs, in which the Missouri Court of Appeals held that consumers did not agree to arbitration merely by keeping a product, where the corporation failed to provide any evidence that it had given the consumers reasonable notice that they’d lose their right to go to court if they kept the product; and Beverly Enterprises v. Cyr, in which the Eleventh Circuit held that where an arbitration clause provides for arbitration “exclusively” before a forum that has been barred from conducting consumer arbitrations, the Federal Arbitration Act does not require a court to override the parties’ intent and designate a substitute forum.

Leslie authored Public Justice’s comments to the Centers for Medicare & Medicaid Services (CMS) on why the Trump Administration should not cave to the nursing home industry’s demand to be able to force wrongful death claims out of court and into secret arbitration.

U.S. Court of Appeals for the Seventh Circuit

U.S. Court of Appeals for the Eighth Circuit

U.S. Court of Appeals for the Ninth Circuit

U.S. Court of Appeals for the Eleventh Circuit

U.S. District Court for the Northern District of California