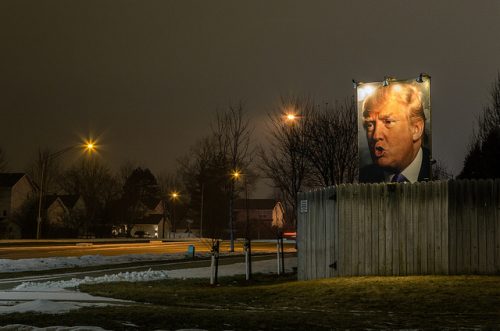 After running and winning in large part based on his pledge to “be an aggressive proponent for defending the economic interests of American workers and farmers on the world stage,” Donald Trump has taken one of his first concrete steps on agriculture policy.  It is an early gift to multinational corporations at the expense of United States farmers.

In the course of a single week, the incoming Trump administration went from announcing it would negotiate “Country-of-Origin-Labeling” for meat products (or “COOL,” as it is known) within its first 100 days, to declaring that the issue is as “dead as a doornail.”

While COOL may sound like inside-the-Beltway jargon, in fact it would carry out every consumer’s reasonable expectations and be a boon for domestic farmers.  COOL would merely require that meat imported to, and sold in, the United States be labeled with the country where the animal was raised.  It is based on the indisputable fact that consumers prefer locally or domestically produced products, and allows farmers and ranchers who choose to keep their operations here, complying with the United States’ regulations, and aiding the United States’ economy, to proudly say so, and thereby set their products apart from those of multinational corporations.

Accordingly, there’s little doubt Trump’s reversal on COOL is due to the fact that he is not being advised by farmers or ranchers – or, in other words, some of the very voters who turned out to hand him his electoral victory – but instead has surrounded himself with executives and lobbyists representing some of the largest multinational agriculture companies and factory farms.  When they heard that the President-elect had a policy that would increase the competitiveness of American farms, but that could hurt their corporations’ bottom line, they went “bouncing off the ceiling” and Trump immediately caved.  Trump has chosen to put multinational corporate interests ahead of American famers, and prioritized global industry over American families who want to know where their food comes from.

Trump melting to this corporate pressure also reveals the falsity of his claim that sustainable agriculture advocates have been the cause of U.S. farming’s decline.

To the contrary, Public Justice is already working on behalf of American chicken growers and independent ranchers to help promote open and transparent markets, and to support independent farmers.  Our Food Project is built on the belief that Americans have a right to know where their food comes from, and how it is raised, and that farmers have the right to say as much.

As a result, Public Justice will fight attempts by the new Administration to decrease the competitiveness of U.S. farmers and shroud the origins and operations of our food supply in secrecy. With the meat industry increasingly consolidated into multinational companies, more and more of those companies rely on the absence of clear labels to manipulate consumers.  For example, Public Justice is currently representing Montana ranchers to end a federal program that taxes those ranchers to pay for beef advertisements, because that tax money was being turned over to representatives of multinational companies to advertise Wendy’s Bacon Ciabatta Cheeseburger. Why is that a problem? Wendy’s promotes its hamburgers as using “North American Beef,” a phrase meant to play to consumers’ preference for domestic meat, but which actually means that Wendy’s can source its meat from anywhere on the continent.  Put simply, thanks to the corporations like those advising President-elect Trump, domestic ranchers are being forced to pay taxes that are then used to promote their foreign competitors.  And now, without COOL, there is no way a consumer could even know how to differentiate between the products.

This is why, when COOL was originally passed, industrial meat companies immediately set out to take down the law.  In suits brought by multinational meat companies’ trade associations and lobbyists, BigAg insisted COOL was unlawful because “beef is beef, whether the cattle were born in Montana, Manitoba, or Mazatlán.”

Eventually, they convinced the World Trade Organization, and Congress caved, repealing COOL without even a debate.

Now, COOL has emerged as a test for where both the Trump administration and those sustainable agriculture advocates he derides stand in connection with American farmers, fishers, and ranchers.

Unfortunately, Donald Trump appears to have listened to multinational meat companies, rather than domestic farmers, and has reneged on his promise to restore COOL.  By doing so, he has adopted a policy favoring imports over domestic production, and is helping to drain resources away from America’s farmers to industrial giants.

As the new Administration prepares to take office, it is imperative that America’s farmers, ranchers, and fishermen – as well as the Americans who depend on them for their families’ food – send a strong message: You can’t make America’s farms great again through policies that give an unfair advantage to foreign competitors.

That’s the stand Public Justice takes, how about you?