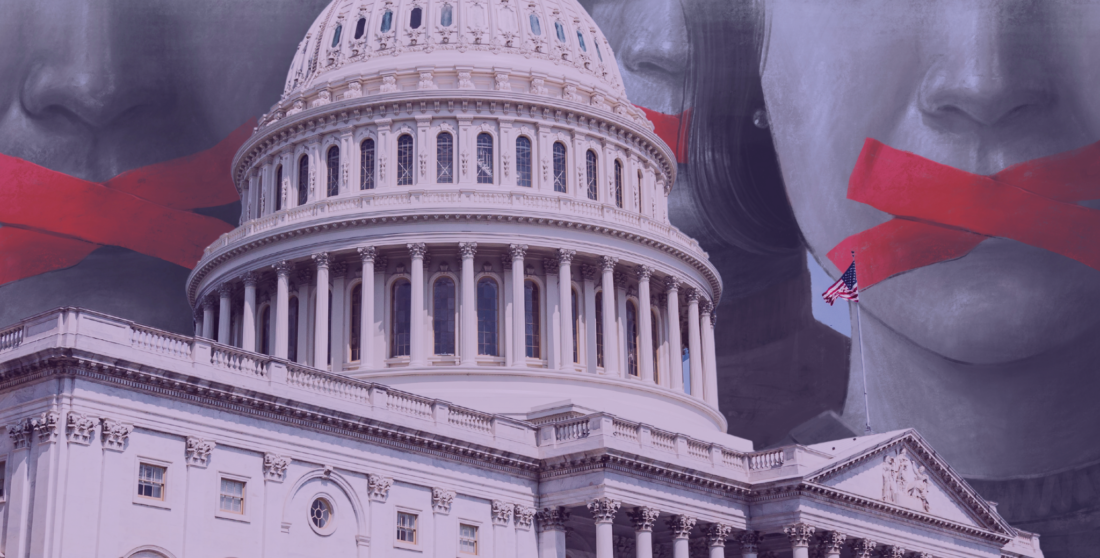 Survivors of Sexual Assault and Harassment Deserve the Option of a Day in Court: And So Do All Workers and Small Businesses Harmed by Corporate Misconduct

*Editor’s Note: On February 10, the Senate unanimously passed the Ending Forced Arbitration of Sexual Assault and Harassment Act of 2021.

In our extremely polarized nation, few issues enjoy bipartisan support. But on the question of what should happen when a worker suffers discrimination or has their wages stolen, or when a consumer is ripped off by an illegal fee, an overwhelming majority – 87 percent of Republicans and 83 percent of Democrats – agree that people should have a choice about what to do next. Not everyone will want to sue their employer or their bank—and for some people and certain situations, a private, informal process like mediation or arbitration may make sense. But voters from both sides of the aisle believe it’s important to also have the option of going to court when they’ve been harmed to hold those who harmed them publicly responsible. At bottom-most, Americans just want the autonomy to decide for themselves, once a dispute has arisen, on the best way to resolve it.

Unfortunately,  in recent years, those options have been taken away as more and more employers require new employees to sign away their right to go to court as a condition of accepting a job. A study published by the Economic Policy Institute in April 2018 found that over 60 million American workers were prevented from taking their employers to court by so-called “forced arbitration provisions” they had to agree to as part of their employer’s onboarding paperwork, and 24.7 million workers were barred from joining their colleagues to pursue systemic discrimination or wage theft through a class action. The study also found that forced arbitration provisions were more widespread in low-wage industries and in industries where women and African-Americans make up a large percentage of the workforce.

Congress is poised to take a key first step towards curtailing the power of these fine-print contracts to take away our rights and choices. With H.R.4445, the Ending Forced Arbitration of Sexual Assault and Sexual Harassment Act, which is scheduled for a vote on the House floor soon, Congress has the opportunity to ensure that a public day in court is available to the far too many workers who experience sexual assault or sexual harassment on the job, as well as people who experience such abuses in the context of education, housing or health care. This bill would amend the Federal Arbitration Act to make it illegal for claims of sexual assault and sexual harassment to be forced into arbitration. People will still be able to arbitrate such claims if they want to, but employers would no longer be able to put terms in employment contracts and handbooks making arbitration mandatory and taking away the option for victims of sexual assault and harassment to go to court when a case includes allegations of sexual assault or sexual harassment.

The option of seeking justice in court has been denied to many survivors of sexual harassment, like Lora Henry, who worked at a car dealership in Medina, Ohio, and was repeatedly harassed by her boss, Mike Gentry. Ms. Henry reported that Mr. Gentry grabbed her buttocks, pinched her nipples, and even showed up unannounced at her house “with a bag of sex toys as ‘gifts’” for her birthday. In November 2021, Ms. Henry testified at a House Judiciary Committee hearing in which she told committee members that she was informed “it was [her] fault”  when she reported the harassment and was subsequently fired.  Ms. Henry then tried to sue her employer but her suit was dismissed because of a forced arbitration clause that was included in a contract she signed when she was first hired.

However, people experiencing sexual harassment in the workplace like Ms. Henry are not the only ones being silenced by forced arbitration provisions. Owen Diaz made headlines when he obtained a $137 million jury verdict in a case against Tesla for racial harassment. Mr. Diaz testified that years of verbal abuse, being called racial slurs and witnessing swastikas and other racist graffiti at work caused him to lose weight and have trouble sleeping. But Mr. Diaz’s case was able to go to trial because he was a contractor and hadn’t signed an arbitration agreement. Other Tesla workers making similar claims about a racially hostile work environment have had to bring their cases in arbitration, where the ability to gather evidence through discovery is often limited, making it harder to prove a pervasive pattern of harassment as Mr. Diaz was able to do at trial.

Another way in which arbitration differs from the court is that there are limited rights to appeal; with very few exceptions, whatever the arbitrator decides is final. And decisions made in arbitration don’t have the same precedential value that court opinions do. That means that if Aimee Stephens, Gerald Bostock, and Donald Zarda — the three plaintiffs who sued their employers for discrimination when they were fired after coming out (or being outed) at work as LGBTQ–had been subject to forced arbitration and had to pursue their discrimination cases in that private forum, their cases would not have worked their way through the courts and resulted in the landmark Supreme Court opinion in Bostock v. Clayton County, which held that treating employees worse because of their sexual orientation or gender identity is discrimination “because of sex” under Title VII of the Civil Rights Act.

Owen Diaz’s story, and the Bostock case, are just a few high-profile examples of the vital role played by public courts in making America’s workplaces, and America as a whole, more fair. Other examples abound. Women paid less than their male colleagues or denied promotions that men at their company receive, should be able to make their complaints of pay discrimination publicly, and find out who else has suffered the same unfair treatment. Restaurant workers, agricultural laborers, and other low-wage workers who have been told to perform work off the clock without pay should be able to band together to hold their employers accountable for wage theft. And consumers who have been harmed by schemes like Wells Fargo’s fake account scandal should have the option of taking their fraud claims to court.

Another bill currently pending in Congress, H.R.963 or the Forced Arbitration Injustice Repeal (FAIR) Act, would make it illegal for corporations to require individuals or small businesses to arbitrate any civil rights, employment, consumer or antitrust dispute. The FAIR Act, which passed the House in 2019 but did not make it through the Senate, would preserve court as an option for all workers facing discrimination, as well as consumers harmed by dangerous products and businesses negatively impacted by anticompetitive conduct by corporate behemoths like Amazon. In short, the FAIR Act would make sure that anyone harmed by corporate lawbreaking has a full range of legal options—including a public reckoning in court—just as the overwhelming majority of Americans believe they should.

Public Justice is grateful to the brave survivors who stepped forward to tell their stories about the need to reform a broken forced arbitration system that protects wrongdoers from a public reckoning and deprives those they have wronged of autonomy and choice. We urge Congress to heed their voices and pass the Ending Forced Arbitration of Sexual Assault and Sexual Harassment Act. And then we urge Congress to afford the same autonomy and choices to those facing other forms of discrimination and mistreatment by promptly passing the FAIR Act as well – reaffirming the protection of our fundamental civil rights and freedom to make our own choices.

How can you support passing the Ending Forced Arbitration of Sexual Assault and Sexual Harassment Act? Call your representative or the Capitol switchboard at (202) 224-3121. Now is the time to urge your Members of Congress to pass this important legislation and let them know it’s a phenomenal way to support survivors’ right to justice.