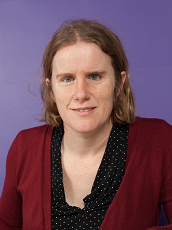 Karla Gilbride joined Public Justice in October 2014 as our Cartwright-Baron staff attorney. Her work focuses on fighting mandatory arbitration provisions imposed on consumers and workers to prevent them from holding corporations accountable for their wrongdoing in court.

She has testified before the state legislatures of New York and California on the topic of forced arbitration and has successfully briefed and/or argued arbitration-related appeals before the U.S. Courts of Appeals for the First, Fourth, Eighth, Ninth, Tenth and Eleventh Circuits, as well as state appellate courts in New Jersey and Maryland. These cases involved such issues as whether a retail store chain can change the terms of its customer loyalty program at any time without notice and whether it can display those programs terms, including an arbitration clause, on a point-of-sale interface its blind customers could not use independently, National Federation of the Blind v. The Container Store, Inc., 904 F.3d 70 (1st Cir. 2018); whether an employer can wait until eight months into litigation, after it had already lost a transfer motion, before seeking to arbitrate Messina v. North Central Distributing, 821 F.3d 1047 (8th Cir. 2016); and whether a debt buyer can file a collection action in court and then require that a subsequent lawsuit brought to challenge that collection activity take place in arbitration Cain v. Midland Funding, LLC, 156 A.3d 807 (Md. 2017). In each of these cases, the appeals court rejected the corporation’s attempt to force the plaintiff into arbitration.

In addition to her arbitration-related work, Karla has pursued appeals in innovative cases seeking legal redress for predatory corporate conduct. She was successful in convincing the Ninth Circuit to reinstate a lawsuit against for-profit companies that partner with jails and prisons to return the cash of people released from incarceration on fee-laden debit cards, so that people who had their money lost to fees can pursue claims under the Electronic Funds Transfer Act and the U.S. Constitution. Karla has also combated the tactic of corporations trying to decapitate class actions by offering individual settlements to the named class representatives, and argued and won a challenge to such a pick-off attempt in the Seventh Circuit in 2015 in a case called Webster v. Bayview Loan Servicing.

Karla is a member of the bar in New York, California and the District of Columbia, as well as several federal district courts, the US Supreme Court and the Courts of Appeals for the First, Second, Third, Fourth, Seventh, Eighth, Ninth, Tenth and Eleventh Circuits. She is also a board member for the National Employment Lawyers Association, and a member of the National Association of Consumer Advocates.

Before coming to Public Justice, Karla spent three years as an associate at Mehri & Skalet PLLC, where she worked on wage and hour, and employment discrimination cases, as well as consumer class actions and cases brought under the Fair Housing Act. She previously spent three years at Disability Rights Advocates in Berkeley, Calif., bringing disability discrimination class actions and representing disabled consumers before the California Public Utilities Commission.

Karla graduated with honors from Georgetown Law in 2007 and clerked for Judge Ronald Gould on the U.S. Court of Appeals for the Ninth Circuit. She received her undergraduate degree from Swarthmore College with highest honors in 2002 with a major in linguistics and minor in psychology.

She is an avid baseball fan and fantasy baseball nerd and enjoys hiking, cycling and playing goalball.