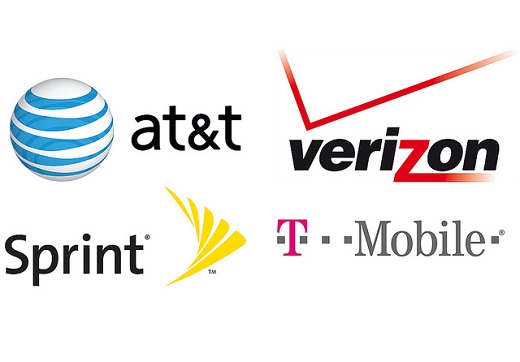 One Federal Communications Commissioner is proposing taking a major step to protect consumers against abusive fine print contracts. We at Public Justice strongly support this proposal.

In 2011 and 2013, a pair of U.S. Supreme Court opinions put mobile phone companies in a perfect position to illegally squeeze many millions of extra dollars out of their own customers without the slightest concern that their customers could recover those losses in court. Those opinions—both decided 5-4 across the usual lines—enable mobile phone companies, payday lenders, credit card companies, cable companies, and many others to hide behind Forced Arbitration clauses buried in form contracts they present to their customers.

Those forced arbitration clauses say that customers can’t bring the company to court, even in cases where it is perfectly clear that carrier cheated the customers illegally. Rather than banding together and filing a class action lawsuit, as consumers had done for decades to protect their rights against big corporations (when the consumers’ claims were all substantially similar), consumers are now left to proceed individually in private arbitration if they wish to assert their rights.

Telecommunications companies are of course well aware that virtually no one will go through the time and expense of learning about the right to arbitrate or hire an attorney to bring a claim in arbitration over an overcharge on a mobile phone bill. As one federal judge memorably commented, “the realistic alternative to a class action is not 17 million individual suits, but zero individual suits, as only a lunatic or a fanatic sues for $30.” Given the time and expense of arbitration, only a very small number of consumers even decide to assert claims for $1,000 or less.

This leaves mobile phone companies free to reach into their customers’ pockets with impunity, provided they keep this behavior at a level where few customers will take individual action against them. And the phone companies have a powerful incentive to do so: overcharging a single customer for $30 is not a lot of profit for a mobile phone company, but those profits rapidly add up when spread among millions of customers. AT&T, for example, has 133.3 million domestic wireless subscribers. Even an extra $1 per month charge to each subscriber would generate an additional $1.6 billion over the course of a year. Not bad. Especially when chances are most consumers won’t even notice the charge of their own accord and there is no effective means for them to band together to fight the overcharge even if they did.

Under the current system, consumers are left with little meaningful recourse but to bear the cost of the overcharge, and then to vote with their feet after their contracts expire several months or over a year down the road—by switching to other service providers that are themselves free to act with the same impunity.

Now, however, the FCC is showing interest in Forced Arbitration, and one of the five heads of the agency has taken a decisive step in the right direction: Commissioner Mignon Clyburn released a draft of her #Solutions2020 Call to Action Plan, which calls for the FCC to use its authority to ban Forced Arbitration provisions in all consumer contracts for telecommunications services. Our comments show, with enormous supporting factual and legal authority, why Commissioner Clyburn’s plan take a great step to protect consumers.

The stakes are high for both consumers and the companies. Virtually every consumer contract for wireless phone services in the country contains a Forced Arbitration clause that completely bars customers from jointly asserting their rights in a class action case. Before the two 5-4 Supreme Court rulings on the issue, consumers could realistically expect that they would obtain relief if they could prove that a mobile phone company overcharged them, even when their contracts contained a forced arbitration clause with a class action ban.

In one such case decided in 2007, customers of Cingular Wireless (which, after a merger, is now called AT&T Mobility) alleged that they were overcharged up to $45 dollars per month for out-of-network “roaming” calls, even when they had not used their mobile phones outside their network coverage areas. Though their contracts had forced arbitration clauses that prevented class actions, the Washington Supreme Court determined that those clauses were not enforceable because they were grossly unfair and blocked the customers from obtaining meaningful relief. The case settled and the customers received monetary compensation.

Several years later, consumers with a similar grievance were far less fortunate. They alleged that Sprint’s network limitations caused it to route calls placed within its geographic coverage area to cellular towers owned by other carriers, causing them to be charged improper roaming fees. Because this later case was decided after the Supreme Court’s 2011 decision, the plaintiffs were barred from creating a class action, even though the undisputed evidence in the case established that without the ability to band together in a class action, all of the consumers in the case would have no way to recover the illegal overcharges.

In the wake of the Supreme Court’s rulings on forced arbitration, dozens of otherwise-viable consumer class actions were likewise dismissed, leaving consumers powerless to challenge improper charges on their bill, forced upgrades they are required to pay for, data slowdowns in supposedly “unlimited” data plans, and a host of other wrongs they might encounter at the hands of their service providers.

The FCC has the ability to undo this injustice with respect to telecommunication companies. Members of the public should not be forced to trade in their right to be heard in court in exchange for access to a private system that guarantees they will spend more money and energy working to right the wrong than their underlying claim could possibly be worth. Commissioner Clyburn’s plan to ban forced arbitration clauses from all consumer telecommunications contracts would restore the balance of power between telecommunications companies and their customers—the measure deserves all of our support.