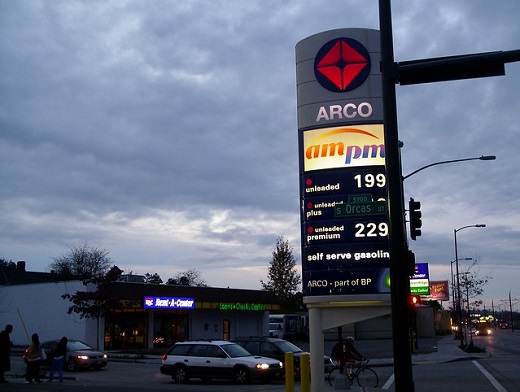 After years of battling, an enormous victory for cheated Oregon consumers was finally brought to a conclusion last week. The case demonstrates the vital importance of class actions in achieving justice when consumers are ripped off.

A team led by Oregon attorney David Sugerman brought a class action—Scharfstein v. BP West Coast Products, LLC—against BP West Coast Products on behalf of over two million consumers who were overcharged on their debit cards when buying BP gasoline. After winning a jury verdict for over $409 million against the company in 2014, Sugerman and his team fended off multiple appeals by BP. Over seven years after the complaint was filed, BP finally agreed to settle and compensate their customers for the money they had stolen. Starting this month, over 1.7 million people in Oregon will be sent the first of two checks totaling at least $185. As the facts of the case show, a class action was the only conceivable way for these cheated customers to get recovery, and for BP to be punished for its misconduct.

For over two years, from 2011 to 2013, customers using debit cards at BP-franchised ARCO and am/pm stations across Oregon would see one price at the gas pump, but another, higher price after they filled their tanks and went inside to pay. Upon arriving at the register, customers were told there was a 35-cent debit card fee. Not only was this fee not advertised at the pump, but the independent operators of the gas stations were prohibited by BP rules from advertising the fee on signs visible to drivers. Bank records revealed during litigation that at least 2,046,500 customers were charged this unfair fee. BP continued to charge the fee about 13,000 times a day even after the lawsuit began, only stopping at the conclusion of the trial in January 2014.

Such a small fee may have a minimal impact on individual customers, but that’s exactly what cheating companies like BP want. By taking just a small cut per cheated customer, they hope their misconduct will go unnoticed or excused, while inflating their profits and giving them an unfair advantage over smaller, more honest businesses. And if customers do notice and care, the damage to them individually is too small to justify the hiring of an attorney to get compensation. This kind of cheating is rife through our economy, cumulatively stealing many millions of dollars from Americans. The only way customers can afford the costs of litigating against companies like BP is when they are able to band together in class actions. 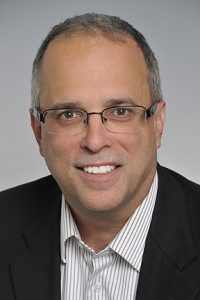 That’s exactly what Sugerman and his clients did. They filed a class action against BP in late 2011 under Oregon’s Unlawful Trade Practices Act. Contrary to the accusations of many class action critics that these kinds of cases never go to trial, and are settled under closed-door conditions, the case against BP went to trial in January 2014. A jury held that BP violated the Unlawful Trade Practices Act by failing to disclose the fee on signs or at the pumps, and charged the class more than the total indicated on the gas pump. Under the Act, consumers who suffer any kind of loss are entitled to actual damages, or $200, whichever is greater. This put BP on the hook for $409,300,000. BP is also permanently enjoined from charging the debit card fee in addition to its price for gasoline unless it is clearly and conspicuously advertised on its signs and pumps. Indeed, it is prohibited from charging more than the total amount shown at the pump for gas.

While Sugerman and his team worked to locate class members to distribute their compensation, BP pursued a strategy of delay. After losing the jury verdict, the company appealed to the Oregon Court of Appeals, which eventually upheld the verdict against BP in May 2018. BP again refused to own up to its misconduct, and attempted to get the Oregon Supreme Court to review its case, which it refused. All the time it avoided paying up to its victims, the damages BP owed were accruing 9% annual interest under Oregon state law, amounting to nearly $100,000 a day.

Although BP announced its intention to appeal all the way to the United States Supreme Court, it perhaps sensed that the writing was on the wall, and reached out to Sugerman and his team to seek a settlement. In order to achieve prompt recovery for their clients—who had been waiting five years for their compensation—the team made two small concessions to BP: the interest applied to the damages was reduced from 9% to 3% and BP was permitted to break its payments to the class in two. The company will still pay the face amount of the jury’s judgment against it. 17.5% of those payments will go to attorneys’ fees, and customers will each get at least $185. Corporate advocates often claim that lawyers are the only ones who benefit from class actions and consumers supposedly get nothing. This case shows the lie to those claims, with 1.7 million Oregon residents receiving checks for at least $185.

The Scharfstein case is also a model of how good class counsel can reach class members. In this case, 84% of the customers overcharged by BP were located, a total of 1,716,229 people.

As to the 16% of the damages that could not be distributed to class members, about $66 million, those funds will also be spent to advance the interests of the cheated Oregon consumers. Under Oregon’s cy pres law, half of the unclaimed damages will go to the Oregon State Bar for the funding of legal services to low income individuals, while the court determined that the remaining funds should go to an organization that would support consumer protection.

$33 million is a great deal of money, and not all organizations have the capacity to effectively absorb and utilize that kind of funding. So after carefully considering evidence set forth by Sugerman and his team, the court decided to allow for the creation of an entirely new organization, tentatively named the Oregon Consumer Protection Center. The Center will work to further consumer protection through advocacy (including legislative and regulatory advocacy, as well as litigation), research, and education. In addition to unfair practices such as those committed by BP, the Center’s mandate includes areas such as securities and investment fraud, cyber fraud, insurance fraud, antitrust law, and trade regulation.

This case is clearly much more than just a triumph for customers cheated by BP, although they certainly had a big win. This victory is also a vindication for consumer class actions generally. BP would still be cheating its customers and getting away with it if not for this class action suit, but now it and other companies know that illegal practices come with a hefty price tag. And the leftover funds have led to the creation of a whole new, well-funded organization solely dedicated to consumer protection in Oregon that will benefit the entire state. As well, millions of dollars have gone to fund legal aid, promoting access to justice for all. This is win for all of Oregon and all those who seek justice.