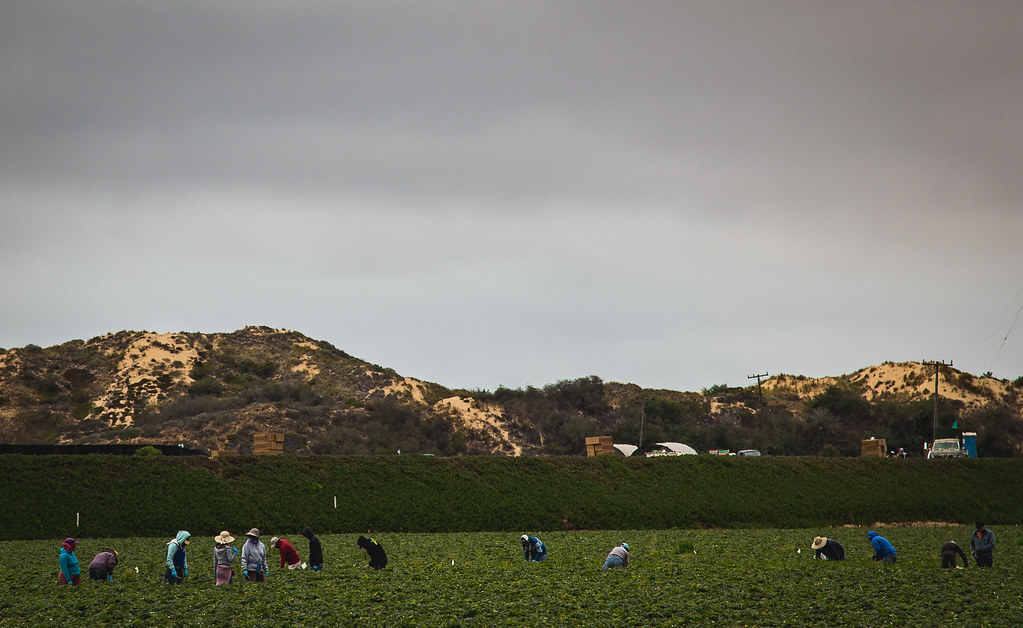 Current federal law strongly favors enforcing arbitration clauses against workers. But there are limits, and Judge Edward M. Chen of the Northern District of California found they were reached in this case. The court held that an arbitration contract between a migrant worker and his employer, Elkhorn Packing, was invalid because the employer exerted undue influence over the workers, and caused them to sign the contract under conditions of economic duress, due to the conditions under which the employer made the workers sign the agreements. As a result, migrant workers—and workers in California generally—are now better able to protect themselves from employers who would put extreme pressure on them to unknowingly sign away their rights.

Every year, thousands of migrant workers leave their homes and families to work seasonally for agricultural harvesting operations in the United States under the H-2A visa program. Because the amount these workers stand to make in the United States can be five times what they would earn in other countries like Mexico, these workers cannot afford to pass up the opportunity to work in the United States. These workers  navigate a competitive and expensive hiring process in hopes of supporting their families in jobs that advertise adequate housing, fair pay, and safe working conditions.

Unfortunately, when they arrive in the United States, these workers far too often find themselves living in sub-standard housing, earning far less than promised, and working 10 to 12-hour days in the baking southwestern sun with few, if any, breaks. Moreover, many managers and supervisors view migrant workers as dispensable tools that they can treat as they see fit. And, seeing as the migrant workers are unlikely to report abuses because they rely on the employer to maintain their legal status, the treatment is often inhumane.

And as if that weren’t bad enough, some employers seek to tilt the scales in an already unequal bargaining situation even further by implementing arbitration provisions in an attempt to escape legal liability for their abuses against migrant workers.

Generally speaking, employer/employee arbitration clauses are suspect because they face employees with a Hobson’s choice between giving up their way of making a living and giving up their right to take their employer to court if the employer breaks laws protecting workers, even if those violations have not happened yet. Often, employers portray arbitration as a cheaper alternative to trial. However, arbitration also often restricts the employee’s ability to request information through discovery. Moreover, there is no meaningful right to appeal an arbitrator’s decision, even if the result flatly gets the law and/or the facts wrong. When applied to migrant workers with their heightened reliance on the employer once in the United States, arbitration contracts are especially unfair. And, when workers aren’t provided with an explanation of arbitration or its consequences, the result is migrant workers unknowingly signing away their rights to hold their employers accountable in court.

Elkhorn Packing — a California-based H-2A labor provider for agricultural harvesting operations — is one such employer.

Elkhorn Packing procures workers from Mexico, provides the workers’ requisite housing and meals, and facilitates the workers’ transportation to and from the work sites. The H-2A visa program requires Elkhorn Packing to compensate workers for a total number of hours equal to 75% of the workdays in the contract period, provide safe housing, supply three meals per day or free kitchen facilities for cooking, and reimburse workers for reasonable costs incurred for inbound transportation once they complete 50% of the work contract period.

However, Elkhorn Packing did not hold up its end of the bargain. It provided one or two meals a day, which were often inedible and made workers sick. It provided lodging for the workers, but gave managers keys to the workers’ rooms and was unresponsive to complaints that managers were entering workers’ rooms uninvited, without warning, and berating the workers. It provided no compensation for time spent going to and returning from the work site on Elkhorn Packing provided transportation, nor for mandatory group exercises and site setup that supervisors demanded of the workers prior to commencing their work. This amounted to hours of the workday during which the workers were under the supervision of Elkhorn Packing without compensation. Elkhorn Packing also failed to cover workers’ medical expenses, which contravenes the workers’ compensation policy it had workers fill out. Beyond that, the supervisors and managers exhibited intimidating and abusive behavior toward the workers, including belittling them and threatening to send them back to Mexico if they failed to follow orders.

When one of the migrant workers had enough, and sought out legal assistance, he discovered that he had unknowingly signed an arbitration agreement when he began working for Elkhorn Packing. When asked about it, the worker had no recollection of signing the agreement, nor did he have a clear understanding of what arbitration was. However, he recalled a couple of occasions when, after a full 10-hour workday, the supervisors lined up all 140 to 180 workers in front of tables. When workers reached the front of the line, supervisors flipped through stacks of papers, pointing out where the workers should sign before moving on to the next page. At no point were the contents of those documents discussed, including arbitration. Nor were the workers afforded time to review the documents or consult an attorney prior to signing. Moreover, when asked about their understanding of arbitration, supervisors themselves seemed to conflate mediation and arbitration, which are two different processes with significantly distinct consequences.

Cartwright-Baron Staff Attorney Karla Gilbride of Public Justice and Ana Vicente from California Rural Legal Assistance successfully argued that these conditions constituted economic duress and undue influence. After a trial, at which substantial sworn  testimony and evidence from the company’s own records was put before the court, the judge found that the workers only being given the arbitration agreement to sign after entering the United States and being warned to follow orders or risk being sent back to Mexico created no “reasonable alternative” to signing the agreement. The Court found that this constituted duress. Additionally, the judge found that there was undue influence given the unusual time and place of the signing, the supervisory pressure to sign quickly with limited to no explanation about the documents’ contents, and the lack of third party advisers present to assist the workers. The judge rejected Elkhorn Packing’s argument that there could be no coercion unless supervisors explicitly told the workers they could not review the documents or would be fired if they did not sign them. Because the arbitration agreement was signed under conditions of economic duress and undue influence, it was not a properly formed contract because the worker’s signature did not reflect his “real and free” consent.

In a time when arbitration clauses have become the norm in a variety of employment and consumer contracts, this decision acts as a backstop to ensure that arbitration is voluntary.

The decision, on its own, may not stop the egregious conditions employers impose upon migrant workers. However, it is an important step in the right direction. This ruling arms migrant workers and advocates alike with a means to overcome employers’ attempts to stifle access to justice for this historically underrepresented and mistreated demographic. Though forced arbitration still looms large for so many American workers, including migrant farmworkers generally, our win in this case provides hope that more employees suffering substandard conditions and policies will be able to fight for their rights, with an even-handed forum hearing their disputes, enabling them to conduct full discovery, and without foreclosing the possibility of a meaningful appeal. Moreover, this ruling effectively weaponized tactics meant to silence migrant workers to the employers’ detriment. Ironically, in attempting to tilt the scales further in its favor, Elkhorn Packing shifted the balance to every migrant worker’s benefit. We thank it for that.

This decision also sends a message to other exploitative entities currently flying under the radar, but carrying out the same, or similar, practices. We know you are there, we are encouraged by this result, and, unless you change your practices, we are coming for you. They would be wise to heed this notice.