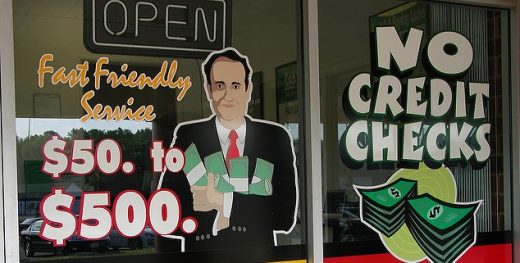 In A-1 Premium Acceptance, Inc. v. Hunter, the Missouri Supreme Court today said that the contract provided that the parties must arbitrate before the National Arbitration Forum (NAF), but only the NAF.  Since the NAF has stopped handling consumer arbitrations because of a state law enforcement action, the Court refused to send the consumer’s case into arbitration.

The defendant operated under the name “King of Kash,” and while its lending is not technically considered “payday lending” under Missouri law, its high cost, short term consumer loans are very similar to that model.  In this case, Ms. Hunter, the consumer, borrowed $800 from King of Kash. Nine and a half years after the initial loan contract, King of Kash sued her, claiming she owed $275 in principal plus $6,957.62 in interest. She brought a counterclaim, on a class action basis, alleging that King of Kash had violated numerous Missouri contract and consumer protection laws.

The Missouri Supreme Court’s opinion notes several key facts that reflect just how unfair and corrupt the NAF’s operations were, including:

The Court’s legal discussion is very important. The Court noted that courts around the country have come to different conclusions on whether to enforce arbitration clauses naming the NAF. (Indeed, in this case the trial court rejected the arbitration clause naming NAF but the Court of Appeals enforced the clause, letting King of Kash substitute another arbitrator for NAF.) The Missouri Supreme Court, though, held that “A-1 and Hunter agreed to arbitrate before – but only before – NAF….”

The Court held that under federal law, arbitration clauses can only be enforced where the parties actually agreed to arbitrate. Where, as in this case, the agreement to arbitrate between King of Kash and Hunter “exclusively” selected NAF as the arbitrator, the Court concluded there was no agreement because the selection of NAF was “integral” to the parties’ agreement and NAF was closed by government enforcement.

It is a great victory for consumers. Having gotten caught selecting a corrupt arbitration company that was forced out of business, this predatory lender tried to get the court to re-write the arbitration clause to let it shut down the consumer’s case anyway. The Court unanimously refused, finding that it would violate the terms of the contract that the predatory lender itself had written. While a number of courts have rewritten contracts this way, the Missouri Court said “no,” and held the lender to the terms of its own deal.