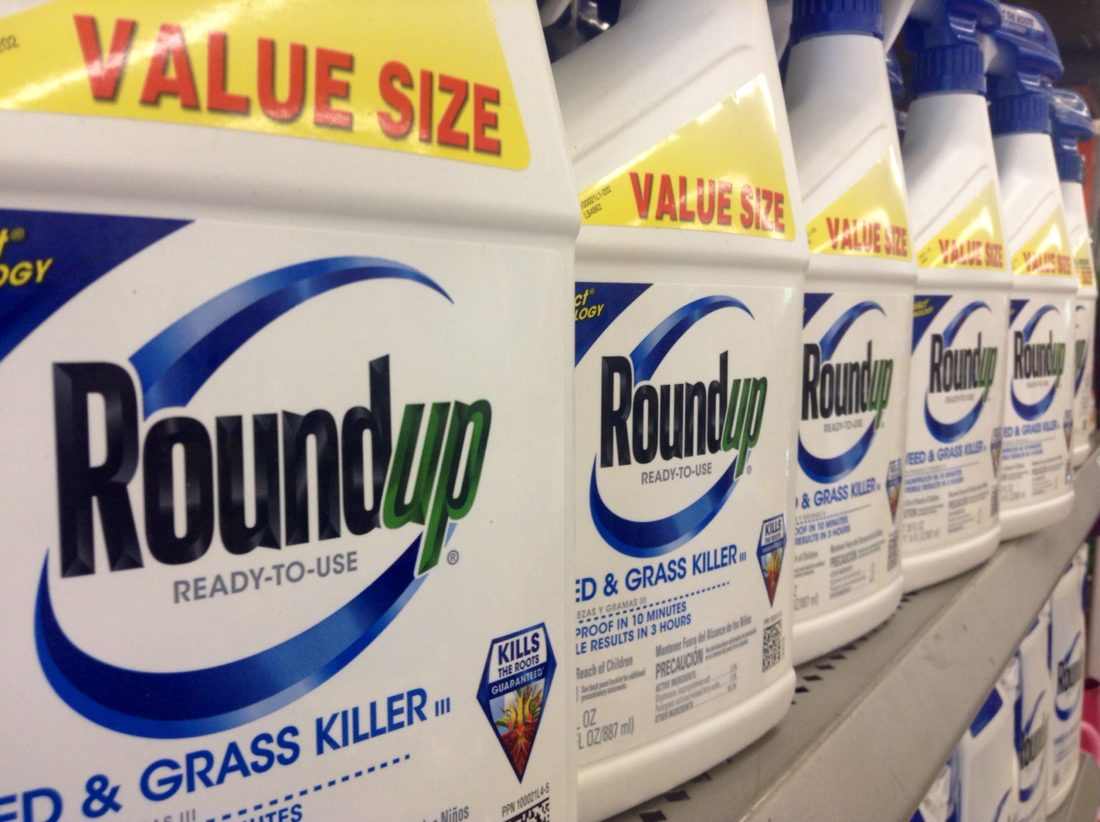 Throughout its nearly 40-year history, Public Justice has specialized in taking on corporate behemoths on behalf of consumers, workers, and others who are determined to fight back against dangerous products, dangerous workplaces and dangerous attempts to block the courthouse doors. Late last week, we scored a major victory against one of the biggest behemoths of all: Monsanto, manufacturer of the weed killer Roundup.

We are proud to have played a leading role in securing a Ninth Circuit victory on behalf of Edwin Hardeman, a California resident who developed non-Hodgkin’s lymphoma after decades of exposure to Roundup. The court upheld Hardeman’s headline-generating jury verdict awarding him $80 million.

The court’s decision is doubly impressive considering the resources, connections and power Monsanto brought to the case, and the company’s ongoing campaign to immunize itself from accountability. From using its influence in Washington to convince EPA that its product is safe for consumers to its still-running ad campaign assuring the public that Roundup poses no danger – and the very considerable financial resources the company has put into numerous legal fights over the product – Monsanto has stopped at nothing to deny the overwhelming scientific evidence that Roundup is, in fact, a deadly product that causes cancer and ruins lives and families.

In Hardeman v. Monsanto, Monsanto was asking the Court to overturn the jury’s well-considered verdict on preemption and Daubert grounds.  The Ninth Circuit slapped that down in a resounding decision that rejects Monsanto’s arguments up and down the line.

The award included $75 million in punitive damages, reflecting Monsanto’s despicable conduct in refusing to test Roundup and in waging a decade’s-long campaign to manipulate the science and hide the risks of its deadly product from regulators and the public. (The court later reduced that award to $25 million on constitutional grounds—which the Ninth Circuit just upheld.)

It’s impossible to overstate the importance of this decision for victims of Roundup – and for access to justice. This is the first (and, to date, only) appellate ruling in the country on this issue. It will affect the rights of millions of current and future victims of this dangerous herbicide. It’s a huge smack in the face of Monsanto, one of the world’s most evil companies.

It’s also another example of Public Justice’s ability to make persuasive, bipartisan arguments – both in briefings and in oral arguments – before judges across the political and ideological spectrum. The Ninth Circuit decision, authored by a Trump appointee and joined by judges who were all Republican appointees, follows recent U.S. Supreme Court decisions authored by Justices Clarence Thomas and Neil Gorsuch agreeing with Public Justice’s arguments before the Court.

The case, Public Justice’s briefing, and the court’s decision underscores that even the most powerful of corporate opponents can be brought down by compelling, common-sense arguments that appeal to our collective sense of justice, regardless of political affiliation.

The appeal also highlighted one of the hottest legal issues of the day: Whether EPA’s approval of glyphosate (Roundup’s active ingredient), and the agency’s industry-influenced (and highly dubious) position that glyphosate does not cause cancer, preempts a personal-injury victim’s right to recover damages from a wrongdoing corporation.

The Ninth Circuit ruled that the answer to this question is no, saying that EPA’s approval of a pesticide label does not immunize a manufacturer from liability in the tort system. And it affirmed the jury’s finding that Roundup caused Hardeman’s cancer—the first (and only) federal decision in the country on this issue.

This is not just a victory for Ed Hardeman; it’s a huge victory for public safety. Roundup is the best-selling weed killer in the world. Every year, it is sold to millions of consumers worldwide. But even though the product has been proven to cause cancer, Monsanto has refused to put a warning label on Roundup, because the company knows that would cut into its profits. And for Monsanto, money means more than human life.

Decisions like this one are the only thing that can put pressure on Monsanto to put a cancer warning on Roundup. That’s what makes this victory so important. The civil justice system is often the only way to hold powerful actors accountable for their wrongdoing.  When juries speak out often enough, and loudly enough, companies are forced to listen—and change their ways.

That’s why Public Justice keeps fighting to preserve and protect access to the civil justice system.  With your help, we will continue to work to keep the courthouse doors open to all the Ed Hardemans of the world.

Right now, we’re asking the 11th Circuit to reject another effort by Monsanto to use its considerable wealth to avoid accountability in a case where the company has literally paid a consumer to appeal his case in an effort to continue pushing the case forward to what the company hopes will ultimately be a Monsanto-friendly Court. We think that’s wrong, and we think Monsanto can be defeated again.

Public Justice’s involvement in Hardeman, and the 11th Circuit  case, is part of our ongoing effort to stop wrongdoing corporations like Monsanto from blocking victims’ access to justice.