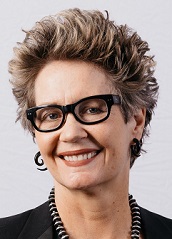 Among notable recent victories, Leslie has won three unanimous rulings from the California Supreme Court, in 2015, 2017, and 2019 (see below).

The most recent of these victories was in Noel v. Thrifty (July 2019), where Leslie won an unanimous class action ruling from the California Supreme Court rejecting a strict version of the so-called “ascertainability” requirement and restored the viability of consumer and worker class actions against wrongdoing corporations.  The decision overturns a string of California appellate decisions throwing out class actions on ascertainability grounds.  (Here’s Leslie’s blog, which links to the decision.  Leslie’s argument can be viewed here.)

In December 2017, Leslie won another landmark unanimous ruling from the California Supreme Court in T.H. v. Novartis holding that brand-name prescription drug manufacturers can be sued for failing to warn of the dangers of mislabeled, generic versions of their drugs.  The decision rejected over 100 reported appellate decisions from state and federal courts nationwide. Leslie and her co-counsel Ben Siminou were awarded the Pound Civil Justice Institute’s 2018 Appellate Advocacy Award for their work on the case.  (Here’s more info about the case from our website.)

In 2015, Leslie won her first groundbreaking decision from the California Supreme Court in Quesada v. Herb Thyme Farms, Inc., which upheld consumers’ rights to bring a class action against an organic grower for mislabeling its conventionally grown herbs as “organic.”  The decision remains the only appellate decision in the country to hold that federal law—specifically, the Organic Food Production Act of 1990—does not preempt state consumer fraud claims on behalf of individuals who were defrauded by the use of the “USDA organic” label on conventionally grown food.

Leslie was also lead appellate counsel in Sprietsma v. Mercury Marine (2002), where she won a unanimous U.S. Supreme Court decision on behalf of man whose wife was killed when she was repeatedly struck by an unguarded boat propeller. In a rare decision favoring tort victims’ rights to hold manufacturers accountable, the Supreme Court held that the Federal Boat Safety Act does not preempt petitioner’s state common-law claims against a boat engine manufacturer for failing to install a propeller guard on the engine of a recreational motor boat.

She is also co-lead counsel before the California Supreme Court in Sheen v. Wells Fargo, No. S. 258019, on whether the economic loss rule bars negligence claims arising out of loan modification negotiations that led to a home foreclosure.

Leslie is also co-counsel for plaintiffs in a series of lawsuits challenging so-called “ag-gag” laws that seek to criminalize whistleblowing in animal agriculture and elsewhere. Two such laws—Idaho’s and Wyoming’s—have been declared unconstitutional by U.S. Courts of Appeals for the Ninth and Tenth Circuits. Public Justice’s challenge to two other laws – in Iowa and North Carolina, respectively—are pending in the federal trial courts.

In 2011, Leslie founded Public Justice’s Food Project, which seeks to hold corporations accountable for the manufacture, distribution and marketing of food and other products that endanger consumers’ safety, health and nutrition.

In 2012, Leslie was honored by the Animal Legal Defense Fund with its “Pro Bono Achievement Award” for her work fighting the unsafe and inhumane treatment of animals in factory farms.

In 2012, Leslie was also honored to receive the Women’s Consumer Advocate of the Year Award from Consumer Attorneys of California.

In 2018, Leslie received the Pound Civil Justice Institute 2018 Appellate Advocacy Award for her work as co-lead appellate counsel (with Ben  Siminou) on T.H. v. Novartis, which yielded a unanimous decision from the California Supreme Court holding that brand-name drug manufacturers can be held liable in tort for injuries caused by mislabeled generic versions of their drugs.

In 2019, Leslie was awarded the 2019 Dale Harralson FALLOUT AWARD from the Western Trial Lawyers Association “in recognition of her extraordinary work in advancing Public Justice for the past quarter century,” and was a Finalist for the Appellate Lawyer of the Year Award given by Consumer Attorneys Association of Los Angeles.

In addition to her litigation work, Leslie has taught appellate advocacy at American University Law School and Georgetown University School of Law.

Lead counsel in Sprietsma v. Mercury Marine (U.S. Supreme Court): Federal preemption appeal on behalf of man whose wife was killed when she was repeatedly struck by an unguarded boat propeller. Leslie won a unanimous ruling from the U.S. Supreme Court holding that the Federal Boat Safety Act does not preempt petitioner’s state common-law claims against a boat engine manufacturer for failing to install a propeller guard on the engine of a recreational motor boat. Public Justice’s client was Rex Sprietsma, the husband of the woman who was killed by the unguarded propeller.

Co-lead counsel (with Ben Siminou) in T.H. v. Novartis (California Supreme Court):  This appeal to the California Supreme Court yielded a landmark, unanimous ruling that brand-name prescription drug manufacturers can be held liable for injuries caused by mislabeled generic drugs.  A majority of the Court also held that the duty of care extends to former brand-name manufacturers who sold their rights to the brand before the plaintiffs were injured. The case rejected over 100 contrary rulings from the federal appellate and state courts to find that victims of mislabeled generic drugs have the right to a day in court.  Because over 90% of all drugs consumed in America are generic, yet generic-drug manufacturers are immune from suit under federal law, this victory restores access to justice to hundreds of thousands of consumers who would otherwise have no remedy at all for injuries caused by dangerously mislabeled generic drugs.

Lead Counsel in Quesada v. Herb Thyme Inc. (California Supreme Court): Leslie won a unanimous ruling in this federal preemption appeal upholding the rights of consumers to sue the nation’s largest grower of organic herbs—Herb Thyme—for intentionally mislabeling conventionally grown herbs as “organic” and pocketing the premiums that organic produce commands. In so ruling, the California Supreme Court rejected the California Court of Appeals’ conclusion that the federal Organic Food Production Act (OFPA) preempted the consumers’ claims. The high court held that, in reality, lawsuits like the plaintiffs’ are not preempted because they affirmatively support OFPA’s core goal of enhancing consumer confidence in meaningful organic labels.  This is the first appellate decision in the country affirming the rights of consumer to sue over the mislabeling of organic products.

Co-lead counsel (and arguing counsel) in Southern California Gas Cases, a California Supreme Court appeal involving the largest methane gas leak in United States History, at SoCalGas’s Aliso Canyon Facility.   The issue in the case was whether small businesses that suffered crippling economic losses as a result of the gas-leak could recover their damages from the company whose negligence causes the link.  Unfortunately the Court held that the economic-loss rule barred the claims.

Lead appellate counsel in McNair v. Johnson & Johnson before the West Virginia Supreme Court of Appeals on whether brand-name prescription drug manufacturers can be held liable for injuries caused by generic versions of their drugs.  A favorable ruling in the case would have restore access to justice to thousands of consumers of mislabeled drugs who currently have no recourse for their injuries.  Unfortunately the Court ruled 3-to-2 that victims of generic drugs have no recourse for their injuries.

Co-lead appellate counsel in U.S. Airways v. McCutchen (U.S. Court of Appeals for the Third Circuit and U.S. Supreme Court): ERISA reimbursement case yielding a landmark ruling from the federal appellate court limiting the rights of an ERISA plan to recover medical expenses from an injury victim who obtained compensation from a third party. (In April 2013, the U.S. Supreme Court issued a split decision in the case, affirming in part and reversing in part the decision below.)

Counsel for the Center for Food Safety in Animal Legal Defense Fund v. Wasden  (U.S. Court of Appeals for the Ninth Circuit): Challenge to an Idaho “ag-gag” law that criminalized undercover recording in industrial agricultural facilities, including factory farms and slaughterhouses.  The Ninth Circuit struck down provisions of the law that made it a crime to use misrepresentations to gain entry into agricultural facilities and to make undercover recordings of animal cruelty, worker mistreatment, and unsanitary conditions.

Co-counsel for Animal Legal Defense Fund in National Meat Association v. Harris (U.S. Supreme Court): Leslie assisted in an effort to preserve a California law designed to prevent the abuse of pigs and other livestock who become non-ambulatory on the way to the slaughterhouse. The law was passed in 2008 in response to the Hallmark slaughter plant investigation in Chino, Calif., which exposed horrific abuse of downed dairy cows. The Ninth Circuit upheld the law, holding that California has the authority to ban the slaughter of certain animals where it is contrary to the state’s interest in ensuring the humane treatment of animals and the protecting the food supply. The U.S. Supreme Court reversed the Ninth Circuit and found that the California statute is preempted by federal law.

Lead counsel in Drelles v. MetLife (U.S. Court of Appeals for the Third Circuit): Leslie briefed and argued this federal appeal yielding unanimous ruling that consumers who opted all of their claims out of a nationwide class action settlement with Metropolitan Life Insurance Company (MetLife) cannot be barred from fully prosecuting their individual cases against the company. MetLife had sought an injunction preventing the opt-out litigants from taking any discovery or asserting any claims in their individual cases against MetLife relating to illegal nationwide sales practices at issue in the class action settlement.

Lead counsel in Priester v. Ford Motor Company (South Carolina Supreme Court): Federal preemption appeal on behalf of the mother of a young man who died when ejected from a passenger truck during a rollover accident. The lower court ruled that federal law preempts state tort claims that a passenger vehicle was defective because its side windows were made of tempered glass, which shatters on impact, rather than laminated glass, which holds together on impact, thereby minimizing passenger ejection in rollovers. After persuading the U.S. Supreme Court to vacate and remand an adverse decision from the South Carolina Supreme Court, Leslie briefed and argued the appeal on remand in October of 2011. Unfortunately, the Court ultimately reaffirmed its original decision.