Public Justice Fights “The Blob” in the California Supreme Court 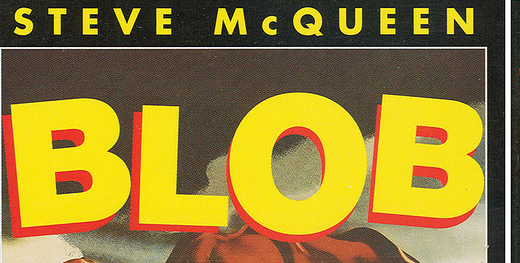 Public Justice Fights “The Blob” in the California Supreme Court

Over the course of four months in late 2015 and early 2016, a natural gas well in California released thousands of tons of methane and other chemicals into the air. To put the seriousness of this event into context, consider that the leak resulted in 220 times more methane escaping than in the 2010 Deepwater Horizon disaster.

The well blowout went on for months, causing Governor Jerry Brown to declare a State of Emergency and resulting in 15,000 area residents being forced to evacuate their homes over the course of six months. In fact, the situation was so severe that the Federal Aviation Administration restricted flights over the area out of a fear that planes could ignite fumes from the leak.

There’s no doubt the incident – which single-handedly increased California’s greenhouse gas emission by an astounding 25% – had a major impact on the climate and the residents who were forced to leave their homes for months as the Southern California Gas Company tried – no fewer than 8 times – to “kill” the blowout. But it also had a significant and dire impact on another community, too: The small business owners whose livelihoods were jeopardized by the Gas Company’s irresponsible behavior and inability to fix the crisis they created.

Earlier this week, Public Justice joined their fight, enlisting in their high-profile case before the California Supreme Court. The question before the court is basically this: Does the “economic loss rule” prohibit tort victims from recovering damages that are the result of this environmental catastrophe?

Our clients – a class of more than 400 small businesses (including a daycare center and various non-profits) – allege that negligence by Southern California Gas led to the collapse of the local economy, which naturally impacted our clients significantly. (It turns out that the company actually removed the well’s safety valve and then lied to regulators about having done so for more than three decades.)

Despite the alarming evidence that this was a disaster that could have been prevented – and despite the economic impact it has had on local businesses – a California appeals court threw out the lawsuit, saying the claims were barred by the economic loss rule, a doctrine that has been colorfully likened to the 1958 B-movie classic The Blob and called an “ever-expanding, all-consuming alien life form” that could “consume much of tort law if left unchecked.”

The court’s decision held that these local small businesses only (yes, only) incurred economic damages – meaning, lost business because residents didn’t want to frequent a neighborhood where the air could literally be lit on fire because of the chemicals floating around – and not property damage or personal injury and, therefore, weren’t owed one penny from Southern California Gas. It didn’t matter, the court held, if their economic losses were a direct, foreseeable result of the company’s gross negligence. It also didn’t matter if the company knew darn well that its negligence could result in the worst methane gas leak in U.S. history.

We disagree, and think the appeals court’s ruling was just plain wrong. When a company’s gross negligence seriously injures local businesses relying on a thriving community for their livelihood, the company should compensate the business owners for their losses.

That’s why we’re asking the California Supreme Court to step in, stop “the Blob” in its tracks and confine the economic loss rule to the contract context (where it belongs). By doing so, the Court can finally grant our clients access to the justice they deserve.

(Stay tuned to the Public Justice blog for more stories about the small business owners impacted by this horrific environmental disaster and our work to ensure justice prevails. In the meantime, our brief filed earlier this week will give you all the details you need to know about the leak, the economic loss rule and “the Blob,” though not necessarily in that order.)