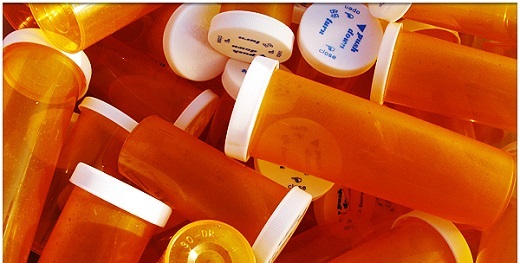 by Leslie A. Brueckner, Senior Attorney

In a huge blow to Big Pharma immunity, the California Supreme Court has just issued a decision of enormous importance to victims of inadequately labeled prescription drugs. 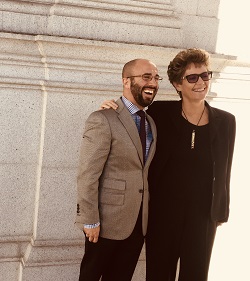 I represented the plaintiffs in the case, along with Ben Siminou, formerly with Thorsnes Bartolotta McGuire LLP of San Diego.

The decision could have a domino effect nationwide, because it is the first standing decision of any state supreme court to grant drug victims the right to seek compensation for injuries caused by generic drugs, which make up over 90 percent of all drugs currently sold in America.

The decision is hugely significant because it opens the courthouse doors to millions of generic drug victims who are injured by unsafe drugs. Under current federal law, generic manufacturers are entirely immune from suit for injuries caused by their inadequate labels, because the brand-name manufacturers control the label. Despite this fact, most courts have refused to allow generic consumers to sue brand-name manufactured for injuries caused by mislabeled drugs, leaving them totally unprotected.

Today’s decision rectifies that gross unfairness and gives consumers of generic drugs the right to seek justice for their injuries. It will also protect public health and safety, by giving brand-name manufacturers a strong incentives to update their labels when new risks emerge after their drugs go generic.

This case is a vivid example of why it’s important to allow lawsuits against brand-name drug companies for injuries caused by generic drugs.

The lawsuit was filed on behalf of fraternal twins who were injured in utero by a generic version of a brand-name drug called “Brethine,” which their mother took to control preterm labor during her pregnancy.

The defendant, Novartis, is the brand-name drug company that wrote the label for Brethine. Novartis knew that Brethine (and its generic equivalents) could cause fetal brain damage, but it didn’t want to say so on the drug’s label because it was making too much money selling Brethine to pregnant women.

So it didn’t change the label; instead, it sold the rights to the drug to another company for a big profit and went on its way. A few years later, the twins’ mother was prescribed Brethine to control her preterm labor. Her prescription was filled with a generic version of the drug, and her children were born with brain damage.

The twins couldn’t sue the generic drug maker for their injuries because generic drug manufacturers are required, by federal drug laws, to use same label as the brand-name equivalent and can’t be sued as a result.

Instead, they sued Novartis. They argued that the brand-name company should be held liable because Novartis (a) wrote the label for the drug; (b) knew that manufacturers of generic Brethine were required by law to use Novartis’s label; (c) knew its label was inadequate and failed to warn of its drug’s dangers; and yet (d) chose to prioritize profits over safety by declining to update the label in order to protect the drug’s market value as a therapy for preterm labor.

The California Supreme Court agreed with these arguments up and down the line. Not only did it hold that brand-name manufacturers have a duty to victims of generic drugs, it also held that Novartis’s sale of its drug to another company doesn’t let it off the hook for its negligence.

On the latter point, a majority of the Court agreed that “if the person exposed to the generic drug can reasonably allege that the brand-name drug manufacturer’s failure to update its warning label foreseeably and proximately caused physical injury, then the brand-name manufacturer’s liablity for its own negligence does not automatically terminate merely because [it] transferred its rights in the brand-name to a successor manufacturer.”

This decision will make America a much safer place. The risk of tort liability creates an incentive for drug companies to change their labels when new risks emerge. But when drug companies know they can’t be sued for negligent misrepresentation, all bets are off. Unless there’s a risk of liability in the courts, there’s little incentive for drug companies like Novartis to change their labels to warn of newly discovered risks. Today’s decision creates that much-needed incentive and, as a result, drugs will be much safer for everyone.

As the unanimous Court wrote today, “We therefore conclude that warning label liability is likely to be effective in reducing the risk of harm to those who are prescribed (or are exposed to) the brand-name drug or its generic equivalent.”

Because there are no federal issues of law in the case, the U.S. Supreme Court can’t overrule this decision—instead, the California Supreme Court’s ruling is the last word on the subject.

This issue is wide open in other jurisdictions, though, and more cases are sure to follow. The California Supreme Court’s reasoning is sure to be influential when this issue comes up in other states.

In fact, this issue is currently pending before the West Virginia Supreme Court, in McNair v. Johnson & Johnson. That case, which is being handled by Public Justice’s Leslie Brueckner and Tabor Lindsey & Associates of Charleston W. Va., will be argued on January 17.

Stay tuned for more updates on this front. We are going to keep fighting this battle for injury victims across the country, and today’s result gives us hope that they can all soon see their day in court.