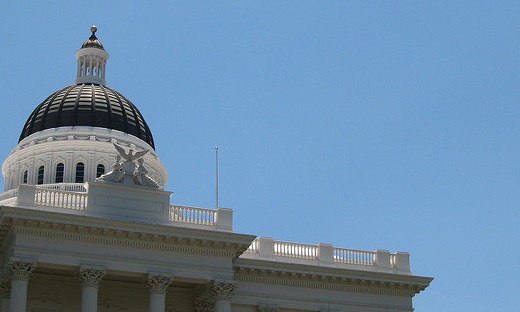 As the New York Times recently reported, corporations have been taking away Americans’ ability to sue in court if the company harms them, without most people even being aware that they have given up their Constitutional rights. Corporations do this by slipping provisions into “terms and conditions” on the back of product packaging, or on the bottom of webpages, or buried in dense contracts that patients must sign before entering a hospital or nursing home.

Increasingly, one of those “terms and conditions” states that any future disputes the person might have with the corporation will be decided by a private arbitrator instead of a judge or jury. Usually, the arbitration proceeding takes place in secret; arbitrators are not required to follow the law or give reasons for their decisions and, unlike in court, the person who loses in arbitration has little if any ability to appeal.

Arbitrators charge hundreds of dollars per hour for their time, and although companies sometimes agree up front to pay all or most of these costs, some arbitration provisions say that the costs will be split down the middle, or leave the decision of how to split the costs up to the arbitrator, making arbitration a far more expensive proposition than going to court in many instances. Add to this the fact that companies and their lawyers appear before the same arbitrators over and over again, giving them a “repeat player” advantage over consumers who are new to the system, and it’s no surprise that very few consumers actually choose to go to arbitration, especially for relatively small claims; the same New York Times series found that between 2010 and 2014, only 505 consumers went to arbitration over a dispute of $2,500 or less.

There are some limits on what states can do, however. The U.S. Supreme Court has ruled that certain actions states have taken in the past, such as outlawing arbitration agreements that do not allow people to band together in actions, are preempted, or superseded, by a federal law called the Federal Arbitration Act.

But not every action taken at the state level runs this risk of being deemed preempted. For example, I testified before two committees of the New York State Assembly last month about bills that had been introduced in that state to require arbitrators to disclose sources of potential bias, and to create a searchable database of past arbitration decisions to make the process more transparent. Proposed laws like these that increase available information about arbitration without making it more difficult to arbitrate are unlikely to be overturned on preemption grounds.

Today, I will be testifying before the Senate Judiciary Committee in California about steps the state can take to combat forced arbitration. One of the suggestions I will make is for California to refuse to enter into contracts with companies that impose arbitration on their employees or customers, much like President Obama did with his 2014 executive order regarding federal government contractors.

Another approach is for California to expand its Private Attorneys General Act, which currently allows employees to sue on behalf of the state for labor violations, to also cover violations of consumer protection laws. Because these claims are being made on behalf of the state rather than just on behalf of the individual, courts have ruled that they cannot be given up in arbitration agreements. Finally, I will also suggest that, because the Federal Arbitration Act allows states to regulate their own insurance marketplaces, California can prohibit forced arbitration of insurance disputes without conflicting with federal law.

These and other proposals are discussed in more detail in a model law developed for state legislatures by the National Consumer Law Center. Given that many of the Supreme Court decisions limiting state action to curb forced arbitration in the past were decided by 5-4 margins with Justice Scalia in the majority, his absence may lead states to take a more forceful approach on these issues going forward. As state legislatures consider their options, Public Justice will be there to provide advice on how best to protect citizens and consumers.