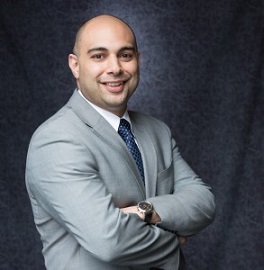 After graduating from law school, Abbas Kazerounian had $200 and a flip phone. Working out of a coffee shop, he took what he had and started what is now one of Southern California’s preeminent consumers’ rights law firms.

Few people better typify the term “jack of all trades” than Kazerounian. He has a strong record of success in class action suits, having won hundreds of millions of dollars for consumers in the last few years alone. He also holds a degree from the prestigious London Academy of Performing Arts, has worked as an actor on stage and screen, and is the author of two critically-acclaimed books based on his childhood. And he’s not even 40 years old yet.

Despite his eclectic background, Kazerounian considers his work as a trial lawyer the most important he’s done.

“I wanted to go do something that I felt like made more of a difference to people,” Kazerounian said. “As an actor, I was just being typecast as a terrorist all the time.”

Kazerounian’s brand of making a difference involves fighting on behalf of “ordinary individuals who don’t necessarily have the power or the knowhow to bring a suit against corporate America.” His successes earned him a spot on the National Trial Lawyers “Top 40 Under 40” last year.

One of his biggest victories was in the landmark case Knutson v. Sirius XM Radio. Sirius invoked arbitration on a class-action case and won at the District Court level. Kazerounian, armed only with a pad and pencil against three high-powered corporate lawyers, appealed in the Ninth Circuit, arguing that the consumers bringing the suit never explicitly agreed to the arbitration clause. In a victory for the underdog, the court ruled unanimously for the consumers and “essentially invalidated all of Sirius Radio’s arbitration clauses and contracts,” Kazerounian said.

But Kazerounian isn’t just proud of the cases that make headlines. He says one case, in which he sued a Las Vegas payday loan company on behalf of a low-income single mother, was especially memorable.

“She was being abused because she defaulted on a $360 loan. They were saying she was ‘white trash’ and a ‘thief,’” Kazerounian said. “Ultimately, we settled for a lot of money—six figures—and this lady was able to buy her own house, and hold her head up with dignity … Her life was bettered, and her children’s lives were bettered. That’s a profound moment.”

At the end of his career, Kazerounian hopes to have as many cases like that one as possible—cases in which he used the law to make a difference in an individual’s life. He says his personal background is one of the reasons these kinds of stories speak to him.

When he was eight years old, Kazerounian was sent away from his family in war-torn Iran in search of a better life and education. He survived for months on his own in Turkey before reaching England, where he was threatened with deportation and forced into homelessness as a teenager.

His own story informs why he feels so passionately about fighting for people who have few resources.

“It’s always gratifying helping the underprivileged,” Kazerounian said, “because I was one of them.”