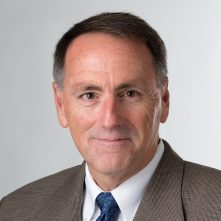 As someone who went to college for engineering, then spent eight years as a Naval officer before going to law school, Chad Roberts had always gravitated towards the more technological aspects of legal work. It took a mid-career sabbatical to help him realize devoting his practice solely to helping other trial attorneys discover and parse massive amounts of electronic evidence would be a meaningful and critical way to help win huge cases for deserving plaintiffs.

“When you step back and look at all the things that consumer lawyers do…I was pretty confident that as a group, we were not doing as great a job in electronic discovery as we were doing at other things,” Roberts said.

Roberts and his colleagues’ new project, eDiscovery CoCounsel, PLLC is a law firm exclusively devoted to filling that niche, which is only becoming more important as the share of consumer products and corporate records that are digital increases. Roberts’ firm partners with more conventional impact litigation firms to create a more formidable effort on behalf of plaintiffs.

“Trial lawyers want to stand in front of a jury, and make a closing argument. We want to put those lawyers on a level playing field with large institutional defendants in the conduct of electronic discovery”, Roberts said. “That’s what we want to bring the world of consumer justice – and to allow trial lawyers to focus on what they do best.”

Roberts began his career at a large corporate law firm, but always took a keen interest in his first firm’s substantial pro bono work. He later switched to a fairly traditional plaintiff’s-side trial practice, where he represented consumers for almost two decades. Both firms supported his pro bono activities, including volunteer service as President of northeast Florida’s largest legal aid organization. Roberts’ most memorable pro bono case was not a clear victory, but rather a campaign that resulted in long-term good for his community.

His clients were a group of recovering mental health patients who were denied the opportunity to establish a transitional group home by their local county government. The proposed group home provided an essential environment for transitioning back to outside life for those without support networks or family. They alleged that the language used by Commissioners from a Northeast Florida county to describe the house, and that preceded a decision to withhold funding for the group home’s contract, was in violation of the Fair Housing Act.

The zoning for the home had already been approved, and the local health department didn’t need a County Commissioners’ vote to approve the project in principle to bring it to fruition. Roberts characterized the language local politicians used at the public hearing, which was caught on videotape, as “very stereotypically fearful things” suggesting “there are going to be very dangerous people living next door.”

Roberts litigated the case with the county for several years, and it was ultimately dismissed by the U.S. Court of Appeals for the 11th Circuit on standing grounds rather than the merits. Even as the county government continued to defend itself in court, over the long life of the litigation, the local government actually ended up “bending over backwards”, in Roberts’s words, to find a defensible solution for the needs of those recovering from mental illness. The county ended up adopting a new site for the group home, as well as better resources generally for the community. Nearly twice as many individuals transitioning out of mental health facilities were ultimately served by the facility that was created.

“If I had to keep one news clipping as a reminder that the legal system doesn’t always work perfectly, it would be from that case,” Roberts said. “Sometimes a succession of small efforts all aggregate, and good things can be achieved even when you don’t have a litigation success.”

Roberts has gotten involved with Public Justice by giving pro bono consultation services to the Food Project. He was drawn to working on electronic discovery in agriculture-related cases out of a deep belief in the special value of private-nonprofit collaboration on litigation, and a desire to contribute to the Public Justice mission.

One of the driving forced throughout Roberts’s career is something his law school dean at Florida State University told him about not passing up the opportunity to help people. “Dean D’Alemberte frequently said: ‘do the things that will bring you an opportunity to move the ball of justice a bit down the field. Getting a thank you from a person that you’ve helped is the best paycheck in the world. Good lawyers can always find a way to get a paycheck. It’s rare to get a really sincere thank you,” Roberts said.

“I’d recommend anyone considering working with Public Justice to do so. You get more back than you put in.”