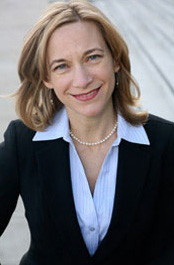 California homeowners who were deceptively lured into buying home loans with higher interest rates than originally promised will be repaid, due to the hard work of Andrus Anderson Attorney Jennie Lee Anderson. Jennie was co-lead counsel in the class action, which resulted in a $100 million dollar settlement for the homeowners.

The victory is a perfect example of her firm’s goal to represent the “little guy.” Andrus Anderson was founded in 2007 by Jennie and Lori Andrus, who met as first-year associates at plaintiffs’ firm Lieff Cabraser Heimann & Bernstein LLP, in 1999.  Starting their own small firm has allowed them more freedom in choosing the types of cases they take on.

“We don’t limit ourselves to one particular type of case,” Jennie says. “If a case comes through our door, and it’s a type we haven’t done before but we like it, we’re able to take it.”

Jennie’s work to represent the little guy involves representing individuals and classes in employment, personal injury, product liability, consumer protection and antitrust cases. She has taken on some of the world’s most recognizable companies, including Toyota Motor Corp., Countrywide Home Loans, Inc., and Sears Roebuck and Co.

Jennie also has considerable knowledge of habeas corpus proceedings, having worked at the Habeas Corpus Resource Center, where she represented indigent inmates on California’s death row.