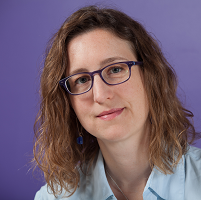 Leah first joined Public Justice in 2012, serving as the Kazan-Budd Attorney from 2012 to 2014, and a Staff Attorney from 2014 to 2019. Prior to joining Public Justice, she was a senior staff attorney for civil rights and general public interest at Georgetown University Law Center’s Institute for Public Representation. Previously, she served as the Supreme Court Assistance Project Fellow at Public Citizen Litigation Group and clerked for Texas Supreme Court Justice Harriet O’Neill.

She has also taught Federal Courts and Appellate Advocacy as an adjunct law professor at Georgetown University Law Center and the University of the District of Columbia. Leah currently serves as a Consumer Fellow to the American Bar Association’s Consumer Financial Services Committee.

Leah is admitted to practice in the District of Columbia and Virginia (inactive). She is also admitted to the bars of the U.S. Supreme Court, eleven U.S. Courts of Appeals, and two U.S. District Courts.