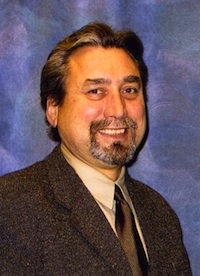 Michael Pitt doesn’t mind telling you he was in awe the first time he watched Dean Robb “work his magic” in a courtroom.

Like Pitt, Robb was a product of the Wayne State University Law School in Detroit. But in the mid-1970s, Pitt was just getting his law career off the ground. Robb was already a living legend — an activist attorney renowned, as famed attorney Gerry Spence would put it, for “fighting for minorities, for the helpless and the lost when it was unpopular and dangerous to do so.”

Pitt – now himself a successful litigator and longtime friend of the man who once wowed him in the courtroom pews — has found a momentous way to honor Robb, who was president of the Public Justice Foundation in 1982-83. Pitt, his law partners and Public Justice have created the Dean Robb Public Interest Lecture series at Wayne State to nudge future attorneys toward public interest law.

The firm – Pitt, McGehee, Palmer & Rivers of Royal Oak, Mich. – gave more than $250,000 to Public Justice to administer the series and to support the work of Public Justice, including its fellowship program.

The gift was the result of the firm’s victory in Neal v. Michigan Department of Corrections, a landmark case involving male guards’ rape and abuse of 500 women and girls in Michigan’s prisons. After a dozen years of trial, the case was settled for $100 million and resulted in significant reforms. For example, male guards no longer staff female residential units in Michigan jails and prisons.

For their achievement in Neal, Pitt and Michigan attorneys Deborah LaBelle, Richard Soble and Molly Reno were named Public Justice Trial Lawyers of the Year in 2008.

“The fee that we earned in the Neal case created an opportunity for us not only to fund our existing firm and to grow the firm, but also to do additional public interest work,” Pitt explained, adding that it proves attorneys can make a good living and serve the public interest, too.

“I remember thirty years ago when Dean came to the Michigan Trial Lawyers and told us about Public Justice and how excited he was about it,” Pitt recalled. “I listened to what Dean said; I listened to his pitch. But, I thought, ‘Well, it’s somebody else’s burden to help the people who benefit from Public Justice.’ It took me 10 years to understand that it’s my burden too, it’s my responsibility, it’s all of our responsibility.

“And if trial lawyers want to make a contribution to the world of public interest law, Public Justice is the place to do it.”

To join Michael and thousands of other plaintiff’s lawyers nationwide as members of the Public Justice Foundation, click here.